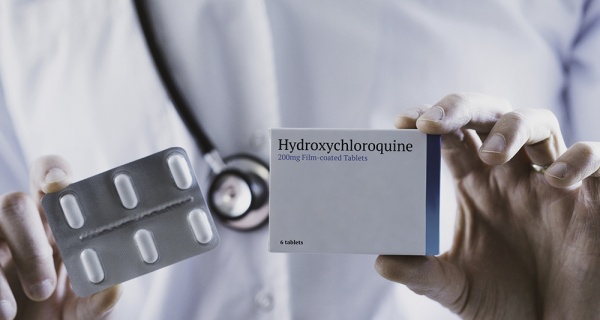 President Donald Trump on Sunday once again touted the potentially life-saving benefits of treating coronavirus patients with hydroxychloroquine, a powerful anti-malaria drug, despite a dearth of medical professionals or clinical evidence supporting his claims. It just so happens that one of the largest manufacturers of the drug, Novartis, previously paid Trump’s now-incarcerated former personal attorney Michael Cohen more than $1 million for healthcare policy insight following Trump’s election in 2016.

The Swiss drug maker signed a contract that paid Cohen’s newly formed limited-liability corporation Essential Consultants $100,000 per month in February of 2017. After details of the deal were leaked by the now-jailed Michael Avenatti, whose then-client Stormy Daniels was engaged in a legal dispute with the president, the company’s CEO issued a public apology saying Novartis “made a mistake” in contracting with the president’s personal attorney.

Fast forward a few years and Cohen is currently in federal prison serving a three-year sentence for campaign finance violations, tax fraud, and bank fraud. Novartis, on the other hand, just agreed to donate up to 130 million doses of the unproven drug to help fight COVID-19.

Interest in the decades-old drug spiked in March following anecdotal evidence that doctors in Europe and China had seen some success using hydroxychloroquine to treat coronavirus patients. The president immediately hailed the drug as having “a real chance to be one of the biggest game-changers in the history of medicine.”

The president and his acolytes have continued to push the drug, contradicting the vast majority of medical professionals and, at times, making outright false statements about the drug being approved for coronavirus patients. After erroneously claiming last month that the Food and Drug Administration (FDA) had green-lit hydroxychloroquine treatment, the president doubled-down on that claim Sunday.

“As you know, they’ve approved it, they gave it a rapid approval,” Trump said.

In fact, the FDA merely issued a limited Emergency Use Authorization to distribute the drug from the national stockpile and explicitly stated that “Chloroquine phosphate and hydroxychloroquine sulfate are not FDA-approved for treatment of COVID-19.”

Debate over the efficacy of the drug also reportedly led to a heated conflict over the weekend between Dr. Anthony Fauci, the director of the National Institute of Allergy and Infectious Diseases, and the president’s trade advisor Peter Navarro (a.k.a Ron Vara).