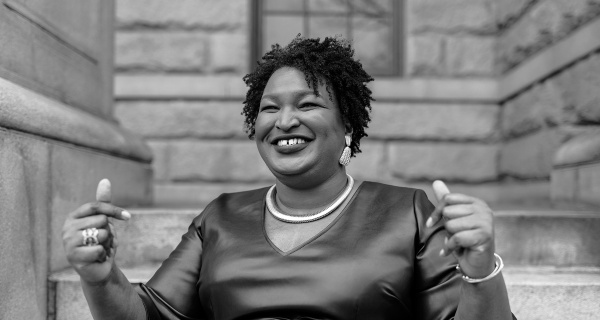 As the coronavirus continues to spread across the United States killing unprecedented numbers of Americans and decimating whole industries, the outbreak is also disrupting elections and upending the once-a-decade census. On Wednesday, voting rights advocate Stacey Abrams spoke with Rolling Stone staff writer Tessa Stuart about the virus’ impact.

The former Democratic leader of the Georgia State Assembly also responded to President Trump’s remarks that if voting were made easier “you’d never have a Republican elected in this country again,” discussed the accusations against Georgia Senator Kelly Loeffler, and explained why — even as her name has been floated as a potential VP pick — she still has not picked a side in the Democratic primary.

Abrams, who was once Loeffler’s lawyer, called on the Georgia senator to resign. “I think anyone who takes an oath of office and then profits off of, not only important information but information that could save lives — that shows a deep disrespect for Americans,” Abrams said. “I know Kelly Loeffler, I’ve worked with her, and I’m deeply disappointed in what she is accused of doing: $18.7 million in stock trades. While there are those who would dismiss it and say, ‘Well, she’s worth so much more,’ I’ve never met a wealthy person who didn’t want more money. This notion that she is exempt from demonstrations of greed and bad judgement simply because she already begins with high wealth is disingenuous. And I think it’s wrong-headed.”