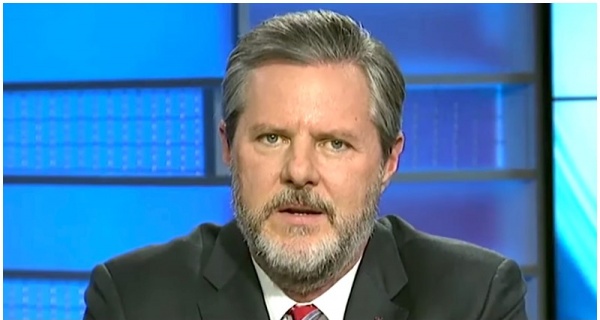 Jerry Falwell Jr., president of Liberty University and son of the late Moral Majority activist the Rev. Jerry Falwell Sr., has been drawing a great deal of criticism for reopening the campus following spring break despite the coronavirus pandemic. And a development reported by the New York Times’ Elizabeth Williamson explains why there has been so much criticism: at least 11 students have reported symptoms consistent with COVID-19.

As of Sunday, March 29, Williamson reported, three of the students had been tested. One tested positive for coronavirus, while another tested negative — and the test results for another student hadn’t come in yet. Eight other students at the Christian fundamentalist college, according to Williamson, were self-quarantining.

When he appeared on far-right conspiracy theorist Todd Starnes’ radio show on March 25, Falwell claimed that he was being persecuted and defended his decision to reopen the campus following spring break. Falwell asserted, “We think it’s irresponsible for so many universities to just say, ‘Closed, you can’t come back,’ push the problem off on other communities and sit there in their ivory towers…. We’re conservative, we’re Christian — and therefore, we’re being attacked.”

But the criticism of Falwell isn’t strictly coming from liberals and progressives. One of the most outspoken critics of his decision to reopen Liberty University after spring break was Marybeth Davis Baggett, a member of Liberty University’s board of trustees.

In a March 22 op-ed for the Religion News Service, Baggett asserted, “Many students, faculty and staff have health conditions that would make COVID-19 difficult to fight. And of course, Liberty is not a bubble where the virus would be contained. Instead, its population comes into regular contact with those in the Lynchburg community, putting their health and lives at risk as well.”

Baggett lambasted Falwell for his ‘lack of concern,” writing, “I think he is dangerously wrong here and seems unable or unwilling to recognize it. For that reason, the decision must be taken out of his hands. I speak up for his benefit as well, since his current plan is courting a disaster for which he would be primarily to blame.”

Former Lynchburg Mayor Michael Gillette has maintained that Falwell isn’t being criticized because he’s a Christian, but because he has acted irresponsibly. The New York Times quotes Gillette as saying, “To argue that criticism of Liberty is based on political bias is unfounded and unreasonable. Liberty just did not take this threat as seriously as others have.”