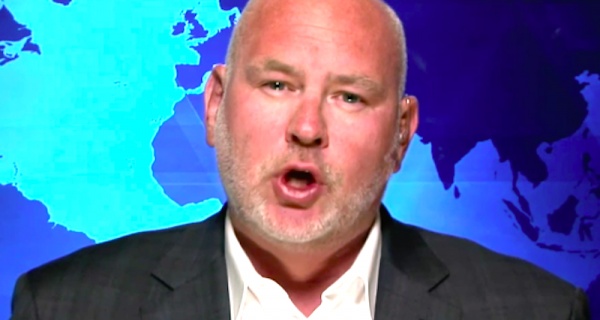 Steve Schmidt blasted Donald Trump as “incompetent,” “ignorant,” and “completely unprepared for decision making” amid the coronavirus outbreak during an interview with Nicolle Wallace on Monday.

“What you see is someone who is clearly interested in himself, in his re-election and the lack of discipline, the lack of focus, just extraordinary to see the American president attacking political foes, to attacking the senior Democrat in the House, to attacking governors who are on the line in the states,” Schmidt said when describing Trump’s actions throughout the outbreak.

“It’s a ship of fools being run from that White House in a deadly moment. And we remember now the consequences of elections,” he added. “It’s not a moment for politicization where people use the virus to elevate themselves in our politics, but it’s certainly a moment for politics because we understand the deadly consequences of having people that are incompetent, that are ignorant, that are completely unprepared for decision making.”

“We see his vacillations. We see the misinformation. We see the deadly missteps accumulating now for a month, month and a half and the consequence will be a lot more dead Americans than there otherwise would be,” Schmidt told Wallace.

Putting this health crisis in perspective, Schmidt then began comparing the numbers of fatalities to the casualties throughout wars in American history.

“We’re very quickly approaching now the casualty numbers that will exceed the 9/11 totals as we get up to around that 3,000 number. And then very quickly we’ll see all of the totals that exceed the total casualties for the wars in Iraq and Afghanistan over the last 20 years,” the pundit remarked.

“When we talk about numbers of 100,000, 200,000, I think it’s important to remember we lost 58,000 men in the Vietnam war,” he continued. “We lost 400,000 Americans in the second World War. So the scale of the tragedy that we’re in the front edge of is really hard to overstate in this historic moment. This is the biggest moment that’s occurred in this generation.”

“Where we needed bigness, we got smallness across the board and the president I’m sure later today will once again demonstrate that he is simply not up to this at a moral level, at a mental level, and at a basic competency level,” Schmidt added.