What We Know: How The $2T Coronavirus Stimulus Will Affect You And Economy 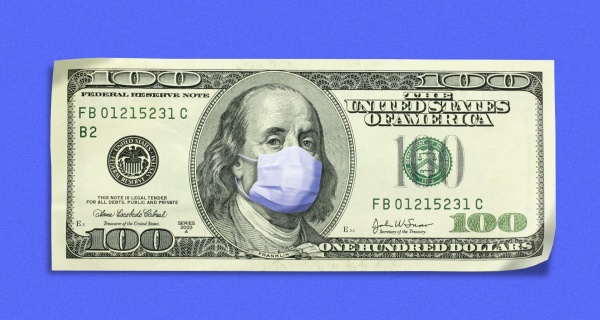 The Senate reached a deal on a sweeping $2 trillion stimulus package Wednesday that extends an extraordinary lifeline to Americans in virtually every circumstance who have been affected by the coronavirus – workers, the unemployed, the self-employed and contractors.

Meanwhile, businesses large and small would receive hundreds of billions of dollars in financial assistance in the hope that they’ll avoid shutting down or having to lay off employees.

While the Senate is expected to pass the bill Wednesday, a House vote will come later and many details are still in flux. Based on what we know now, here’s how the historic legislation would affect you and the economy.

Save better, spend better: money tips and advice delivered right to your inbox. Sign up here

How much money would you get?

Under the latest proposal, adults would receive a lump-sum check of up to $1,200 ($2,400 for joint tax returns), and those with little or no tax liability would get at least $600 ($1,200 for joint returns). Families would receive an additional $500 for each qualifying child.

When would stimulus checks arrive?

Treasury Secretary Steve Mnuchin previously said that "as soon as Congress passes this, we will get this out in three weeks."

However, specific dates would most likely change during the appropriations process in Congress.

Individuals who have set up a direct deposit with the IRS can expect the sum quicker than those who have to wait for a check in the mail.

The last time the federal government sent checks to Americans was in 2008, under President George W. Bush. That stimulus was signed into law on Feb. 13, 2008, and checks of up to $600 for individuals didn't start going out until late April.

Why is the government sending out checks?

The economy is absorbing an enormous hit from the coronavirus as Americans across the country stay away from restaurants, malls, movie theaters, sports arenas and other gathering spots – either by choice or by law. Consumer spending makes up about 70% of the economy.

The belief is that people, especially lower-income workers, who receive a financial boost will spend it on necessities like food and rent, helping them make those payments even if their hours are cut. That’s a huge infusion of cash into the economy.

What does the bill do for the unemployed?

Americans losing jobs because of the outbreak would see their weekly state insurance benefits – which average about $400 – increased by $600 for four months.

How about gig workers?

A new program would provide unprecedented jobless benefits to self-employed workers and contractors, who typically aren’t eligible. The gig workers would also be eligible for the $600 federal supplement.

Independent contractors, gig workers, temporary and part-time workers number 57 million in the U.S., representing more than a third of the working population and driving $1 trillion in income. They were frustrated that the initial coronavirus relief measures didn’t include them.

How would small businesses be helped?

The bill sets aside $350 billion in Small Business Administration loan guarantees for small firms. Under the latest proposal, those that hold onto their staff wouldn’t have to pay the money back. Some small businesses, however, already have been forced to lay off some or all workers.

All small firms also would be relieved of having to pay back existing loans for six months, at a cost of another $17 billion.

How long will it take to get the SBA loans?

It can take several weeks to several months, says Ami Kassar, CEO of Multifunding, a small business loan advisor. That means small enterprises might be forced to shut down before they get the money. That’s why the bill also includes $10 billion in emergency grants of up to $10,000 to provide immediate relief for small-business operating costs.

The legislation includes $500 billion in loans to larger industries, such as airlines and possibly cruise ships. The money would help keep the companies afloat now that revenue has shriveled, helping them avoid layoffs or furloughs. Some Democrats oppose that kind of bailout to big companies that typically have more cash and larger lines of credit.

But after the government bailed out the banks in 2008 through the Troubled Asset Relief Program, the financial institutions paid that money back with interest, leaving the government with a profit.

How much would the bill help the economy?

The economy is almost certainly already in a recession, with Moody’s Analytics estimating gross domestic product will decline at a 2.2% annual rate in the current quarter. Without the stimulus, the economy would contract by another stunning 28.4% in the second quarter before rebounding in the third quarter, assuming the outbreak eases by summer. But that blow to GDP is so massive that it could trigger a longer and deeper recession, says Moody’s Chief Economist Mark Zandi.

With the stimulus, the economy would contract by 17.4% in the second quarter and the chances of a more devastating downturn are sharply reduced, Zandi says. His forecasts are based on the assumption that the number of U.S. coronavirus cases, now about 56,000, peaks at 200,000 to 250,000 by summer.

How would the bill affect layoffs?

Without the relief, more than 10 million Americans would be laid off this year, Zandi estimates. Unemployment would soar from a half-century low of 3.5% to more than 10%, he says.

With the rescue package, about 7.5 Americans would lose their jobs and unemployment would peak at about 8.6%, Zandi estimates.