Covid-19 Is Becoming The Disease That Divides Us: By Race, Class And Age 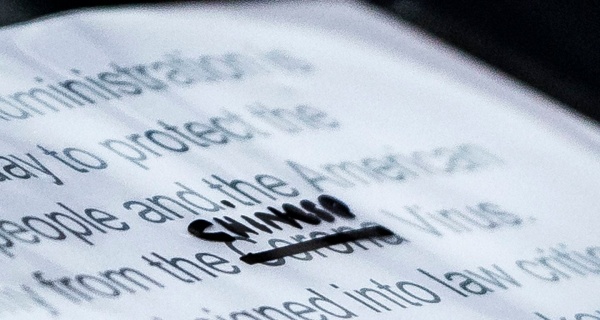 Slurs against Asian Americans. Jokes about baby boomers dying. And blue-collar workers’ plight is nothing like the “work from home” lifestyle.

Covid-19 may be remembered as the disease that divided us.

The pandemic is affecting some groups more than others, stirring up a toxic mix of fear, resentment and schadenfreude.

Coronavirus has become a lightning rod for bullying of Chinese people in the U.S., as racial slurs like “Kung Flu” make the rounds on Twitter. The deadly outbreak has escalated the tension between generations, as some young people not-so-jokingly referred to the deadly virus as “#BoomerRemover” because it is most deadly in older people—with the not-so-surprising baby boomer backlash against college students who continued to “#CoronaParty” on spring break as other people died. And as more white-collar workers are able to keep their jobs and work from home, the growing ranks of unemployed, uninsured hourly workers are finding fresh outrages in the potentially fatal gap between haves and have nots.

“The virus is not doing the dividing,” said Jason Beckfield, chair of the sociology department at Harvard University. “The dividing is a function of what people are choosing to do with the virus. People are able to shift blame away from themselves or shift blame onto people they dislike.”

Covid-19 first emerged in December in the city of Wuhan in Hubei province, China. From there it spread quickly through the Middle East and Europe and then to the U.S. So far, the pandemic has been confirmed in more than 250,000 people and killed more than 10,000, many of them elderly or with underlying health conditions. In the U.S., confirmed cases have exceeded 24,000 with over 250 deaths.

President Donald Trump, in particular, has been singled out as creating friction for referring to Covid-19 as “Chinese Virus.”

Reports of hate crimes against Asians and Asian Americans have been rising in the U.S. right along with the increase in the virus in the country, said John Yang, president and executive director of Asian Americans Advancing Justice, an advocacy organization that tracks discrimination. Since 2016, the group has maintained a website where people can submit examples of hate crimes. Prior to the outbreak coming to the U.S., the site received an estimated complaint a week. Now it’s up to three or four a day. One man described being beaten and accused of bringing the virus to the U.S.

“It’s not just verbal abuse; people are being harmed,” Yang said. “The lack of the use of the proper name for the virus is giving license to others to use it.”

The U.S. is not alone in looking to blame outsiders. The U.K. has seen a spike in hate crimes against Asians. Ethiopia's government has called on citizens to refrain from reported attacks against white and Asian foreign nationals, who some are calling "Corona." Meanwhile, the prime minister of Hungary has blamed foreigners for the spread of the virus.

Generational tensions are also rising. On social media, young adults have lamented that boomers wouldn’t take the coronavirus warnings seriously. Other Americans expressed frustration at the Gen Z crowds who kept partying on spring break despite officials’ pleas for isolation.

Calling the virus “#BoomerRemover” is a morbid joke, building on the cultural phenomenon of “OK Boomer” that also expressed young adults’ frustration with economic obstacles. But the joke could exacerbate the tensions already evident as the millennial generation supplants the boomers as the largest segment of the workforce, said Cort Rudolph, 35, an assistant professor in the department of industrial and organizational psychology at St. Louis University.

“It’s only going to further divide us,” said Rudolph, who submitted a paper this week on how the virus could shape today’s young people as they come of age. “I think what you need to refocus the attention on is that this is not an older versus a younger thing, but this is an issue for everyone. We all have a certain responsibility to each other and not just to our generational group.”

Names are already floating around for what to call this generation whose world view is forming during a pandemic, Rudolph said. Ideas include “Quaranteens” and the “Crown Generation,” referring to the shape of the virus. He said he’s partial to “Coronials.” Whatever the label, there is going to be a need for millennials, the oldest of whom turn 40 this year, and the following generation to get along with the remaining boomers in the workplace, where the youngest members are still almost a decade from retirement age.

“It's hard to say what the actual long-term effect will be, but it will do nothing to make inter-generational conflicts go away,” Rudolph said.

However, said Harvard’s Beckfield, workforce inequality is probably the most significant rift brought to the fore by Covid-19. Only about a third of U.S. workers said they could work at home last year, and most of those are in white-collar, higher-paying jobs with good health care and paid leave policies. Many of the so-called “essential” jobs, such as blue-collar workers that are keeping factories running making toilet paper and sanitation products, or those responsible for staffing pharmacies and delivering groceries, have no option to work from home, and are less likely to have paid leave and health coverage. They are also more likely to be women or people of color.

“People die because of their position in society all the time, but it’s usually not on the national news, and it's revealing a lot of these deeper structural problems with the way we organize social life,” Beckfield said.

Unfortunately for the lower-paid, lower-skill workers, bringing attention to social disparities does not guarantee change.