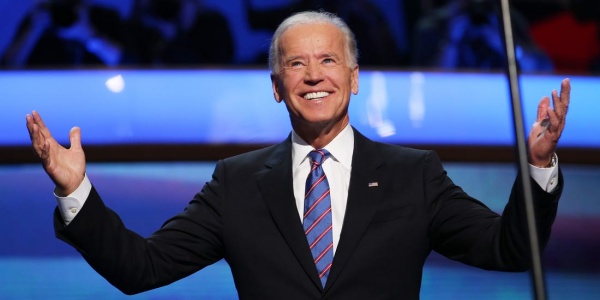 Joe Biden spent an astonishing 47 years in public life without winning a single presidential primary, but now he owes his near-certain capture of the Democratic nomination to three statements, each about one minute long, that other key Democrats made in the course of just 16 days.

On Feb. 11, Biden’s campaign seemed as dead in the water as his efforts in the 1988 and 2008 presidential cycles had been. Pete Buttigieg and Bernie Sanders that day had virtually tied in the second consecutive state nominating contest (New Hampshire, after Iowa eight days earlier), Amy Klobuchar was outpacing Biden as the top “moderate” vote-getter, and Michael Bloomberg rose in national polls by spending half a billion dollars.

Sanders, however, clearly appeared to be the man to beat, as he had good organization, money, and polling results nationwide. The only semicentrist person thought able to stop him was Bloomberg, with his almost unlimited financial resources.

That’s when the first one-minute statement came. It erupted from veteran political consultant James Carville that morning, when he woke up the Democratic establishment to rally against the socialist Sanders. Speaking to Morning Joe on MSNBC, Carville said, “I’m not about a revolution. I’m not an ideologue. Politics means building coalitions, it means listening to people … but there’s a certain part of the Democratic Party that wants us to be a cult. I’m not interested in being in a cult.”

Carville kept up his attacks on Sanders in subsequent days (“At least I’m not a communist!"), and in so doing, he lit a fire under top party officials to choose one, and just one, person to take down the Vermont socialist. With Biden having underperformed so badly, conventional wisdom pushed Bloomberg as that alternative.

Then came the second one-minute statement on Feb. 19. This time, the messenger was a desperate Elizabeth Warren, trying to salvage her own doomed campaign. In precisely one minute, she leveled attacks that essentially wiped out Bloomberg as a sensible alternative to Sanders.

“We have to talk about who we’re running against,” Warren began. “A billionaire who calls women ‘fat broads’ and ‘horse-faced lesbians.’ And no, I’m not talking about Donald Trump. I’m talking about Mayor Bloomberg. Democrats are not going to win if we have a nominee who has a history of hiding his tax returns, of harassing women, and of supporting racist policies.”

The debate audience literally gasped at Warren's reveal, and Bloomberg never effectively parried the attack. His campaign was toast from that moment — his half-billion dollars wasted. This left no nationally viable alternative except for Biden. Awakened by Carville and let down by Bloomberg, party leaders for the next week were in near-panic. Clearly, they had to give Biden yet another chance.

Still, Biden had to win somewhere for the Democratic establishment’s efforts to succeed. He needed black voters (a clear majority of the Democratic electorate in South Carolina) to follow through and support him, as polls had once suggested they would. That’s where the third one-minute intervention came, courtesy of veteran Rep. James Clyburn.

“Nobody with whom I’ve ever worked in public life is any more committed [to meeting Democratic voters’ real needs] than Joe Biden,” the Democrat from South Carolina said. “I know Joe. We know Joe. But most importantly, Joe knows us.”

With Clyburn’s heartfelt and powerful endorsement, Biden finally found “his moment.” Finally, Biden’s remarkable resilience, his ability to get back up into the fight, left him the last man standing, like a Cool Hand Joe.

And now, Biden, at age 77, finally will be his party’s nominee for president. Forty-seven years, saved by three minutes. Remarkable.