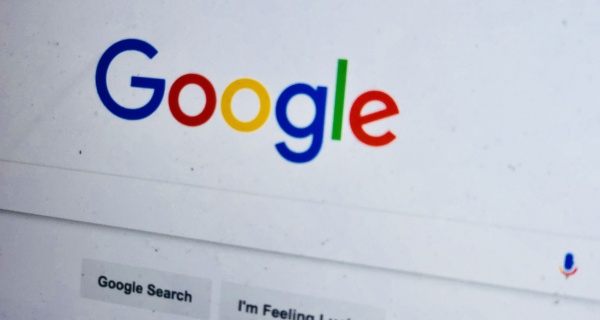 The president’s announcement of a screening tool sowed confusion among reporters and officials inside the White House and was quickly clarified by the tech giant.

President Donald Trump appeared to raise eyebrows Friday when he announced during his Rose Garden address that Google was working on a website to be “very quickly done” that would help members of the public “determine whether a [coronavirus] test is warranted”—a claim that was quickly clarified by the tech giant, which said the tool is still “in the very early stages of development.”

“I want to thank Google. Google is helping develop a website. It's going to be very quickly done, unlike websites of the past,” Trump said, adding that the company had “1,700 engineers” working on the effort.

The president’s announcement sowed confusion among reporters and officials inside the White House about what exactly the president was talking about. Google, too, was reportedly taken aback by Trump’s remarks, especially since his description of a nationwide testing site soon to be available was inaccurate, according to a source at Google cited by Wired.

Shortly after Trump’s announcement, Google issued its own statement about the site, which appeared to offer a different assessment. The company gave no indication of a timeframe but said the tool, still in early development by Google and Verily, would be tested in the Bay Area “with the hope of expanding more broadly over time.”

The head of communications at Verily, an Alphabet subsidiary, told The Verge shortly after Trump's address that the website he described as a sort of screening tool was actually a “triage website” that was intended for health workers rather than the general public.

Carolyn Wang said plans changed to make the website publicly available after Trump's announcement, though it will still only direct people to testing sites in the Bay Area. It is expected to expand beyond California “over time,” Wang was quoted saying.

It was also not immediately clear where Trump got the “1,700 engineers” figure, but an employee at Google told The Daily Beast that point was blatantly incorrect.

“There's absolutely not 1,700 engineers at Verily. I'm not even sure there are 1,700 people at Verily,”the employee, who wished to remain anonymous, told The Daily Beast Friday. Fewer than 1,000 people work at the biosciences company, the employee said. Google did note on Twitter that Google employees from other divisions had volunteered for the diagnostic project.

The president seemed to indicate that the website would act as a sort of screening mechanism where Americans could calculate their symptoms and determine if testing was needed, while also saying it would “facilitate testing at a nearby convenient location.” Although that information may appear on the site, the main feature is a mapping tool, according to Google.

Officials inside Trump’s inner circle were trying to explain to reporters what exactly the site would do before the press conference even ended. Several officials told The Daily Beast that the site would allow individuals to type in their address and find their nearest testing site. The tool would also allow Americans to determine the closest mobile, parking-lot testing center.

The site would not act as a portal for patients looking to make appointments or request testing, those officials said.

The White House scramble to clarify the record came just two days after President Trump’s Oval Office address, where he incorrectly stated that his travel restrictions on Europeans traveling to the U.S. would impact trade.

Alphabet CEO Sundar Pichai told employees via memo about the website plans on Thursday, according to CNBC. Verily is owned by Alphabet.

“Yesterday at TGIF, someone had a question about whether Verily could assist in the effort to test people for the COVID-19. I know we are all looking for ways to help right now, so I checked in with their team to see if they could use support from Google and our other bets for a new effort being planned,” Pichai told employees. “The good news is that a planning effort is underway to use the expertise in life sciences and clinical research of Verily in partnership with Google to aid in the COVID-19 testing effort in the U.S.”