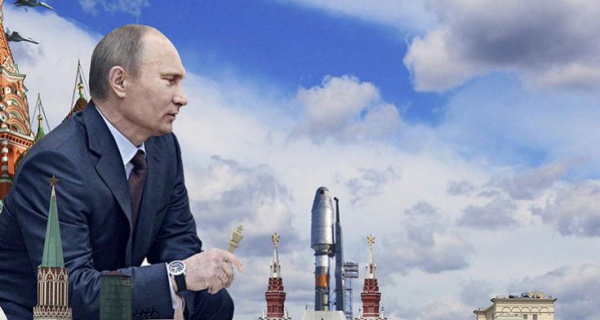 His term in office was supposed to end in 2024. New changes would let him stay in power until 2036.

Vladimir Putin is making plans to be president for life.

In an abrupt — if not totally shocking — move, Russia’s State Duma (its lower house of parliament) proposed a constitutional amendment on Tuesday that would reset presidential term limits to zero, allowing Putin to run again for president in 2024, when his tenure is supposed to expire.

Putin, it turned out, disagreed with the idea of getting rid of term limits altogether. But on the issue of whether his own term limits should be reset to zero, believe it or not, he was into the idea.

“When a country is going through such upheavals and such difficulties,” Putin said in a speech to legislators on Tuesday in favor of the term-limit reset amendment, “stability may be more important and must be given priority.”

He went on to say that “for [the] long term, society must have guarantees for the regular change of power,” adding, “This is why I do not believe it is viable to delete the restriction on the number of presidential terms from the Constitution.”

In other words, this might not always be a good idea, but it’s a good idea for Russia right now. “I have no doubt that the day will come when the supreme, presidential power in Russia will not be so personified, if I may say so, that it will not be connected to a certain individual,” Putin said.

That day, however, is not today.

The amendment could keep Putin in power until 2036. Putin, now 67, would be 84 by the time his tenure ends.

Putin said this change would only go through if Russia’s constitutional court approves it and if the public assents in the nationwide referendum on the amendments next month. But experts told me neither the courts nor the voters are likely to present a serious hurdle to Putin’s plans.

Which means it looks like Putin — who has effectively been in control of the country since 2000 — isn’t going anywhere any time soon.

No one expected Putin to leave, but the timing was notable

Nobody really expected Putin to quietly retire in 2024. But how — and why — this all went down on Tuesday is a bit surprising.

For one, Putin had introduced a series of constitutional reforms in January, all of which looked to be paving the way for him to step aside from the presidency but consolidate and retain power in some other way.

But on Tuesday, he largely dispensed with that idea and opted for the more straightforward route: just staying president.

David Szakonyi, a Russia expert at George Washington University, told me that this move caught people by surprise, especially given the speed at which the amendment was proposed, and Putin’s immediate endorsement. It’s especially weird given all the proposals he made in January.

“The biggest thing to take away is that we’re as clueless — or more clueless — about the whole intention behind his January constitutional move because of developments today,” Szakonyi said.

But the timing of Putin’s decision may hold an answer.

Russia, like the rest of the world, is bracing for the coronavirus and the economic pain that comes with it. On top of that, Moscow is currently in a spat with Saudi Arabia over oil prices, threatening a key source of revenue for the Kremlin.

Some experts told me Putin is betting that, in the face of these looming crises, he can easily sell his extended leadership play as necessary for stability, and that Russians — and the rest of the world — might be too distracted to worry all that much about Putin’s machinations.

He basically said as much in his speech to the Duma. “I think and I strongly believe that a strong presidential vertical for our country, for Russia, is absolutely necessary,” Putin said. “And today’s economic situation, as I have just pointed out, and the situation in other spheres, such as security, is another reminder.”

That helps explain why he seems to have suddenly abandoned his previous plan to stay in power behind the scenes.

“There has been this whole dance of introducing some kind of elaborate schemes and setups to extend the rule,” Maksym Eristavi, a research fellow at the Atlantic Council, told me.

Putin still tried to pass this all off as somewhat democratic, noting that Russia’s constitutional court will have to approve it and there will be a nationwide vote on the amendments on April 22.

Putin said in his speech Tuesday that when he first heard of this idea of zero term limits, he “said then that I did not wish to return to Soviet times.” But, he went on to explain, these measures aren’t a return Soviet times. Back then, “Everything was done behind the scenes, or as a result of some interparty procedures or intrigues. There were no real elections then. Now the situation is very different.”

Putin clearly has a plan — but that does not mean all of Russia is willing to go along with. Putin has faced pressure from protests over his power grabs before, and this summer saw massive pro-democracy demonstrations in Moscow.

There are have been some protests against Putin’s initial proposals to change the constitution, but resistance may be even harder now as officials take measures to limit public gatherings because of the coronavirus.

Indeed, opposition activists filed for a permit to protest in Moscow on March 21, but they might not be able to do so as all mass public gatherings in Moscow are now banned until April 10. That includes mass demonstrations of more than 5,000 people. Avoiding large crowds and practicing “social distancing” is a necessary and effective public health measure to mitigate the spread of an outbreak.

But it’s also pretty convenient to make sweeping constitutional changes at a time when the public is either broadly fearful of or outright barred from gathering in public to protest en masse.

Putin may also be hoping that the coronavirus distracts the rest of the world, too. Quietly consolidating power while the international community is trying to contain a deadly outbreak helps him escape international scrutiny, too. Or maybe, after 20 years already, Putin just doesn’t care what it looks like anymore.

“Up until now, Putin has always tried to give the impression that [Russia is] moving toward democracy. ... He did not want the world or his own people to see him as just another Central Asian or African dictator,” Angela Stent, director of the Center for Eurasian, Russian and East European Studies at Georgetown University, told me.

“What’s interesting is that he’s shed any pretense of making it look as if it’s democratic in any way,” she added. Putin “seems to be less concerned if the outside world, or the West, sees this as a legitimate move than at least he was five years ago.”