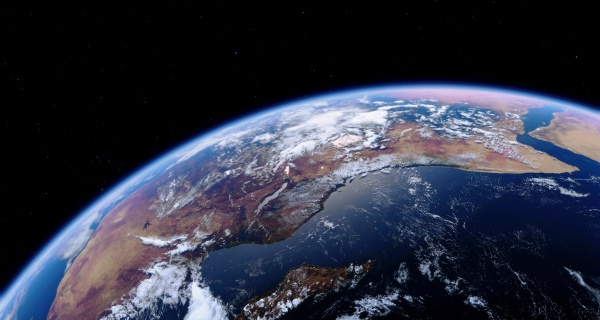 At some point, Donald Trump’s administration will have to acknowledge that scientific facts are not the creation of a media cabal.

Donald Trump may be the most erratic and intemperate man ever to occupy the Presidency, but, when it comes to protecting the public health of Americans, his actions have been unfailingly consistent. Since the day he took office, Trump has worked tirelessly to limit funding, dismantle teams of experts, and interrupt nearly any strategic-planning initiative necessary to defend the country against the type of inevitable biological assault that we now face.

Viruses are infinitely more abundant than humans; they have no interest in politics or geography, nor do they have any respect for Trump’s assertions of American exceptionalism or his desire to build walls. Sharply limiting our ability to inhibit the spread of organisms that first appeared on earth at least a billion years ago, and that, collectively, have always presented the most persistent threat to humanity, can most generously be described as an act of radical myopia. (Most estimates suggest that smallpox, the only human virus that we have eradicated, killed up to half a billion people in the twentieth century alone.)

The President knows so little about infectious disease that, on Wednesday, during a news conference in which he named Vice-President Mike Pence as his coronavirus czar, Trump acknowledged that he was shocked to learn that influenza kills between roughly thirty to seventy thousand people a year in the United States. Trump said that in public, while standing next to Anthony S. Fauci, who, for decades, as the director of the National Institute of Allergy and Infectious Diseases, has been the government’s most prominent and reliable authority on subjects ranging from aids to sars, Ebola, and influenza. Fauci is a discreet man, but the look on his face could not hide his shock at hearing the President, a self-described germaphobe, brag that he knows nothing about the diseases that constantly threaten the people he was elected to lead. (Always a calm but honest spokesman, Fauci was booked to appear this Sunday on all the major television news shows. On Friday, Pence’s office told him to withdraw from each of them. In response to a question at a press conference on Saturday, Fauci said that he had resubmitted “for clearance,” and could now go on the shows.)

Neither warnings about future biological threats or evidence of those that we have already faced, such as sars, mers, and influenza, have limited the Trump Administration’s compulsion to end health programs designed to protect the public. Less than a month ago, and weeks after covid-19 had been recognized as a virus with pandemic potential, the Administration proposed a budget that called for the Department of Health and Human Services to cut twenty-five million dollars from the Office of Public Health Preparedness and Response, and also eighteen million dollars from the Hospital Preparedness Program.

Most notably, the Administration is also attempting to cut more than eighty-five million dollars in funding for the National Center for Emerging and Zoonotic Infectious Diseases. Zoonotic diseases such as covid-19, sars, and mers, are caused by viruses that jump from animals to humans. Novel viruses are particularly threatening because we have no antibodies to defend against them. This week, I asked three senior public-health officials about the cuts to these programs. None would speak on the record, for fear of retribution, but each readily agreed that the programs are both essential and already severely underfunded. Even on those occasions when the White House has earmarked small amounts of money for global health security, it has taken those funds from other essential programs. (In 2019, for example, the Administration cut fifty-eight million dollars from the basic U.S. aids funding mechanism, the Ryan White program, to add funds for the opioid epidemic.)

Fighting epidemics is not a zero-sum game; you cannot ignore one to defend against another. Such a response is dangerous but, from this Administration, not unusual. In 2018, as Laurie Garrett points out in an informative essay in the current issue of Foreign Policy, the Trump Administration fired the government’s entire pandemic-response chain of command, including the White House management staff. In fact, one of John Bolton’s first acts, upon becoming the national-security adviser, was to dismiss the National Security Council’s global health team, led by Rear Admiral Timothy Ziemer, a widely respected public-health expert. A new outbreak of Ebola was declared in Congo on May 8, 2018, his last day in office. He has not been replaced.

That same year, the Trump Administration began to tear down a foreign-disease-surveillance program that the Obama Administration had established in response to outbreaks of Ebola in Africa. That program serves as an early-warning system for detecting global pandemic threats, and it helped limit the extent of the 2017 Ebola outbreak in Congo, which, along with China, was one of the countries that the Trump Administration decided it’s no longer necessary to monitor. As with many public-health programs, preparedness requires policymakers to focus on the future. Naturally, such investments do not generate immediate returns or obvious results. But neither do missile-defense systems. Nonetheless—and this does not apply solely to the current Administration—we are continually caught between our theoretical need to protect against future risks and our very real indifference to things that do not seem to threaten us now.

The Trump Administration’s response has been both remarkable and unsurprising. Vice-President Pence, the man now in charge, has a well-documented history of scientific denialism. The public-health action that he is best known for occurred in 2015, when he was the governor of Indiana. Facing the worst H.I.V. outbreak in that state’s history, which was being spread by intravenous-drug users, Pence rejected federal health officials’ advice to introduce a clean-needle exchange program. It wasn’t until more than two months later, during which time the epidemic became more serious, that he finally authorized a program.

On Friday, in a particularly callous act of political indifference to the epidemic in our midst, the acting White House chief of staff, Mick Mulvaney, characterized the media’s reporting on the coronavirus as an attempt to “bring down the President.” At some point, a member of the Trump Administration will have to acknowledge that scientific facts—such as the number of people infected, sick, or dying—are not the creation of a media cabal. Until then, and as long as Trump and his team continue to lie about our ability to contain a virus that we do not yet even fully understand, the number of people who fall ill and die can only grow.