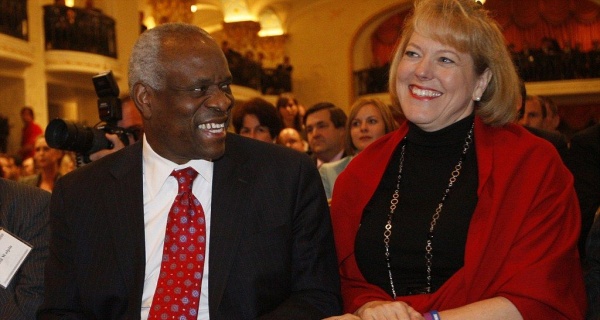 A group of pro-Trump activists led by Ginni Thomas has reportedly compiled lists of “disloyal” government officials it wants sacked.

It is alleged that Ms. Thomas, the wife of Supreme Court Justice Clarence Thomas, is part of a network of conservative activists called Groundswell, which has close ties to Trump and senior administration officials.

Detailed memos are said to have been assembled by the group over the past 18 months.

Citing a source close to her, US news website Axios reports that Ms. Thomas has passed the group’s recommendations on to Donald Trump.

One of the memos written by a Groundswell member was on former District of Columbia US Attorney Jessie Liu, who had her nomination for a top role in the Treasury withdrawn by the president earlier this month.

As well as writing on “disloyal” officials in their memos, Groundswell is also thought to recommend people to replace current officials.

Among those listed by Axios is Dan Bongino, a former Secret Service agent who makes regular appearances on Fox News. He is thought to have been proposed for a role in Homeland Security or counterterrorism.

The reports did not include any evidence that any of the group's recommendations have been acted upon by White House officials.

Ms. Thomas has been criticized for plugging overtly partisan messages, which some suggest is inappropriate for the spouse of a Supreme Court justice.

She and other hard-right activists met with Mr. Trump in January, according to a New York Times report.

During the meeting, Mr. Trump is said to have been largely silent while the group denounced women in the military and transgender people.

The revelations about the memos come shortly after acquittal of Mr. Trump in the congressional impeachment hearings, after which he is said to have intensified his war against the "deep state".

Elsewhere, the Supreme Court voted on Friday evening to allow a new rule which limits the ability of low-income immigrants to enter the US.

After the decision, which passed by five votes to four, Justice Sonia Sotomayor criticized the court for being biased in favor of the Trump administration.