The Roots Of Economic Inequality 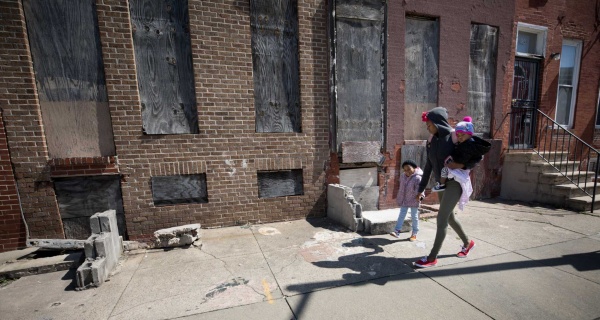 The United States is divided by wealth and social class, and the gap is widening.

In 1980, according to the World Inequality Report, the richest 10% of the population held just under 35% of national income; by 2016, that share had risen to around 47%. As wealth disparities have widened, so have differences in outcomes. The rich now have a hugely better chance at educational attainment, good health, and even longer life expectancy than the poor.

Economic inequality is rising despite the fact that most people agree things should be shared more equally, says Michael Kraus, assistant professor of organizational behavior at the Yale School of Management. So why is it so hard to change the systems that perpetuate the problem?

Kraus, UC Irvine’s Paul Piff and UC Berkeley’s Dacher Keltner investigated this question through the lens of psychology. In a paper in Advances in Experimental Social Psychology, the authors put forth a conceptual model, drawing on existing research, to show how individuals maintain inequality through their actions and beliefs. The authors look at five domains of social life—structural barriers, social class signaling, ideologies of merit, moral-relational tendencies, and intergroup processes—and detail how they perpetuate class divisions in everyday life.

The study as a whole, Kraus says, shows that even “mundane, everyday beliefs and behaviors are contributing to rising inequality.” What we wear and how we speak, for example, can determine whether an employer hires us or not, whether we succeed in networking or not. And such class signaling happens fast; in one study the authors cite, and which Kraus conducted, participants from across the U.S. successfully guessed a speaker’s social class after hearing them speak just seven words, out of context. “And that’s a problem for a job interview,” says Kraus. “It might be a problem for an admissions interview for college, and it certainly could create socialization challenges if you go to college and you’re speaking a different way than some of the other students.”

How we think about merit and hard work hinders the advancement of working-class individuals and is highly advantageous to upper-class ones, the authors write. We’re quite blind to just how unequal our society is, and “a lot of that thinking is driven by broader beliefs that life has to be fair and it’s getting more fair,” says Kraus. But that is simply not the case, as economic indicators show. Upper-class individuals are more likely to believe wealth is primarily a product of hard work and effort, which generally isn’t the case; inherited wealth has an immense impact on social class. But this idea—the deeply held belief that we live in a meritocracy—means that people born to lower-class families are blamed for their poverty and face an additional headwind when trying to catch up.

While the authors look at the psychological roots of inequality, “one of the dangers here,” says Kraus, “is to say that inequality exists in people’s minds.” There are objective, structural barriers that perpetuate inequality, and reinforce our flawed thinking about it, the authors write. Universities are a good example. At elite institutions, poor students are usually a minority; surrounded by classmates—and taught by professors—from middle- and upper-class backgrounds, their academic performance is impeded by anxiety about whether they belong and whether failure will confirm stereotypes about their class. One study suggested that this anxiety is well-founded: evaluators found more mistakes in work from students that they believed were lower in social class. Meanwhile, the same structures that disadvantage the poor afford upper-class individuals a leg up. The wealthy benefit and then award the university or other institutions with more resources, continuing a cycle that rewards the wealthy.

The study’s findings aren’t easy to swallow, says Kraus. “Maybe we’re a little too optimistic about how things will get better automatically. Maybe we need to acknowledge our collective part in perpetuating systems of inequality.”

But that’s why more psychologists should be studying inequality. “It’s powerful to get psychologists to talk about and underscore all the ways in which everyday interactions and psychological processes that people engage in can be in the service of big economic patterns,” says Kraus. “We are really motivated to keep things the way they are, and to change, we need to start with an acknowledgement that things are off.”

More research can help. For instance, studies that combat ideologies of merit and that raise awareness of the racial patterns of economic inequality help address the psychological roots of inequality by changing people’s thinking on the topic.

But real change will require policy solutions. A more equal society “relies on us creating structures and bureaucracy that allow us to overcome our biases,” Kraus says. He and his colleagues call on the U.S. to adopt “large-scale government programs” and policy changes to reduce structural barriers to equality, including better access to education, a higher minimum wage, and a universal basic income.

While a challenging road lies ahead, Kraus considers the study a good starting point. “We have to acknowledge the real work necessary to create meaningful change,” he says. That starts with understanding just how pervasive inequality is.