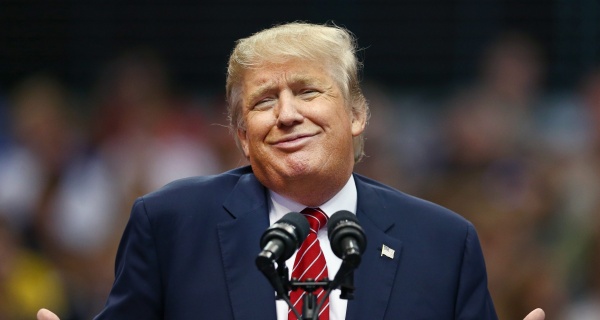 * Donald Trump on Tuesday pardoned Paul Pogue, a construction-company owner who pleaded guilty in 2010 to underpaying his taxes by nearly half a million dollars.

*Pogue's son and his daughter-in-law have donated over $200,000 to Trump's campaign since August, the Daily Beast reported, citing Federal Election Commission filings. Their previous donations to Republican campaigns did not surpass $10,000, the report said.

*On Tuesday, Trump pardoned and commuted the sentences of nearly a dozen people, including former Gov. Rod Blagojevich of Illinois.

Donald Trump on Tuesday pardoned a construction-company owner whose family donated over $200,000 to his presidential campaign.

Paul Pogue pleaded guilty in 2010 to underpaying his taxes by nearly $500,000 and received three years' probation.

Trump pardoned and commuted the sentences of nearly a dozen people, including former Gov. Rod Blagojevich of Illinois, who was convicted of attempting to sell Barack Obama's Senate seat.

Ben and Ashleigh Pogue donated $135,000 to the Trump Victory PAC in August, and Ben Pogue made an in-kind air-travel donation of about $75,000 in September, the Daily Beast reported.

FEC statements show that each maxed out their individual donation limit for Trump's presidential campaign, donating $2,800 for the primary and $2,800 for the general election. The couple also donated over $150,000 to the Republican National Committee.

The couple had donated to Republican campaigns before, but those did not match the sum of their Trump donations, according to the Daily Beast: They donated about $10,000 to Paul Ryan's congressional campaign in 2017 and $5,400 to Rick Santorum's presidential run in 2016.

Trump had previously made controversial pardons, particularly within the military, overruling top officials to pardon US service members accused or convicted of war crimes.