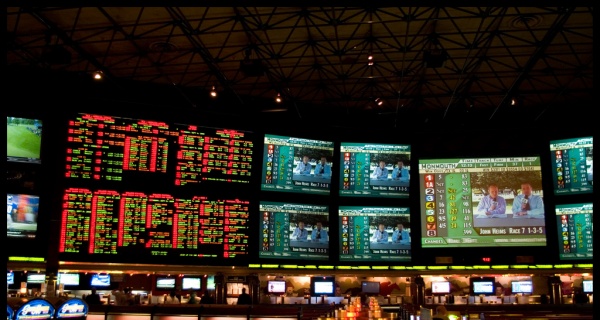 It’s not a matter of “if” President Trump will make false statements during Tuesday’s State of the Union Address. For one odds-maker with more than 30 years in the business, it’s a question of when the president will say something that’s untrue on national television and how many false statements he’ll make before he’s done.

Online gambling site Bookmaker.Eu is betting that the 45th president will not go 45 seconds without making a statement deemed untrue. Bettors are invited to log on and place their wagers.

The bookies at Bookmaker.Eu appears to believe it’s a forgone conclusion the president — who was impeached by the House of Representatives in December for obstructing Congress and abuse of power — will not be entirely truthful during his address to the nation.

The over/under on that bet straight-up is 6.5 and the payout is -110. That means bettors can wage on whether Trump will say something untrue more or less than six times. Bettors will win a dollar for every $1.10 wagered.

The Antigua-based gambling company, which takes action on events ranging from the Oscars to the Super Bowl, will rely on the Washington Post Fact Checker page’s determination on which comments made by Trump are untrue.

Bookmaker.Eu numbers-cruncher Angus Daglass gives the president almost no chance of getting through his Tuesday night address without at least one fabrication.

“Last year President Trump stuck to the script and yet he still blew past our total of 3.5 false statements,” Daglass emailed the Daily News. “This year the Republicans are pleading with him to stick to the script, but the wildcard with President Trump has always been his lack of self-control. With the pending acquittal, he may be prone to over confidence and swagger, and think the odds of him getting through the State of Union Address without a false or misleading statement are conservatively set at 100 to 1.”

Bookmaker.Eu is also gambling that Trump will mention his impeachment trial in the Senate during Tuesday’s national address. Republican senators, hoping to be joined by a Democrat or two, are expected to acquit the president Wednesday, following a trial in the senate where no witnesses were allowed to testify.

Gamblers who think the impeached president will claim on Tuesday that he’s been “exonerated” more than once stand to make money off of Bookmaker.Eu. SOTU viewers who think Trump will make that claim a single time or not at all will get the same payout as the skeptics.