Welcome to the Trump Recession As GDP Growth Slowed To 2.1 Percent 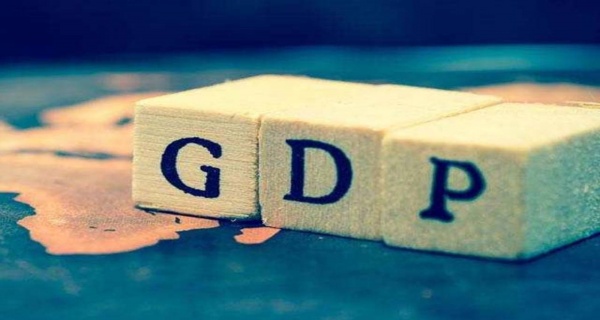 This isn't a coincidence. You can trace the reasons right back to the president's policies

Donald Trump won’t have to run his re-election campaign amid a 2020 recession — but numbers now emerging are bad enough, and their shape is bad enough, to show he won’t be running a Morning in America campaign either.

New government data Thursday showed the economy’s gross domestic product grew at a 2.1 percent annual rate in the fourth quarter — the second straight quarter at that tepid number, closing out the weakest year of Trump’s presidency. Worse, the slowdown is aimed straight at Trump’s base, including a decent-sized manufacturing recession. It’s based directly on the failure of Trump’s policies. And the details belie the idea, popular in Washington, that consumer confidence is high and that such confidence begets confidence in the president.

Let’s walk through this fairly complicated argument one step at a time.

First, the economy really didn’t do well in the last nine months of 2019, even if the stock market thinks it did.

Thursday’s report marks the third straight quarter where the economy grew at 2.1 percent or less, since the second quarter of the year saw only 2.0 percent growth. Forecasts for the first half of 2020 are a little worse: Consulting firm IHS Markit expects first-quarter growth at a 2 percent annual rate, and High-Frequency Economics thinks it could go as low as 1.2 percent as Boeing attempts to solve its 737 Max safety issues.

“Welcome to 2016, when it was one quarter after another of roughly 2 percent growth,” said Joel Naroff, president of Naroff Economic Advisors. “We have had three consecutive quarters right about that level. And sifting through the data, there is no reason to think that will change significantly in one direction or the other.’’

The details, though, are nastier than headline numbers. Consumer spending grew only 1.8 percent annualized, down from 3.2 percent in the third quarter — which Naroff attributes to slowing income gains. Private investment — investment was supposed to surge because of a 2017 tax cut focused on corporations and small business owners — was down 6.1 percent. Imports were way down — which propped up short-term growth, given the technical details of how economists measure growth. But exports of manufactured goods were also down.

The best ways to look through the statistical gobbledegook of economic data is to zero in on a line called “final sales to domestic purchasers.” That number rose at an annual clip of only 1.6 percent — excluding sales to the government, it was an even worse 1.4 percent.

Second, you can trace the weakness exactly to Trump’s policies.

If trade falls off, it’s a safe bet that a president doing his best unilaterally to constrain trade without Congressional input has a lot to do with it. With the American Action Forum estimating consumers have spent $70 billion more in taxes on imports, and the Congressional Budget Office estimating that the average household is losing about $580 in income, it’s not terribly surprising that consumers are tapping the brakes in response. That undermines the biggest argument for Trump’s re-election — that consumers are highly confident, favoring the party in power. (Similar arguments were made in 2016 about why President Hillary Clinton was inevitable — by, among others, me).

If investment falls off sharply, as it has in two of the last three quarters, you can say at a minimum that the tax cut isn’t working. Relatively low crude oil prices hurt this number too, since oil drilling is a large part of investment overall.

And, as Naroff notes, if growth this weak is all you get when you are running a trillion-dollar budget deficit a decade into an expansion, you haven’t got much.

Third, this hurts Trump politically more than you might think.

Yes, polls say 55 percent of Americans approve of Trump’s performance on economics, according to Real Clear Politics. Some surveys — not all — show consumer confidence unusually high. But that’s hard to square with consumers spending less and seeing their after-inflation incomes grow less. When it’s time for consumers to show what they really think, they are pulling back.

Pundits — me included — thought relatively high stated consumer confidence would elect Hillary Clinton too. It turned out they weren’t that confident after all. The lesson: Watch what consumers do, not what they say.

The numbers, especially if they soften into quarterly growth figures starting with 1, will look uncomfortably like the record Trump purported to run against in 2016. His protests that 2017 and early 2018 were better won’t help his argument that he — not his predecessor Barack Obama — was responsible for those good times.

Worse, that slowdown in manufacturing is hitting places Trump needs to win. Unemployment is rising in Ohio and Pennsylvania for the last six months, albeit from low levels, and manufacturing employment is slowly eroding through the Midwest, including Michigan and Wisconsin. Trade policy is a big reason why, and its fingerprints are all over today’s GDP report.

It’s up to Democrats to make hay out of a record that is mixed to weak. It gets easier as the data gets worse.