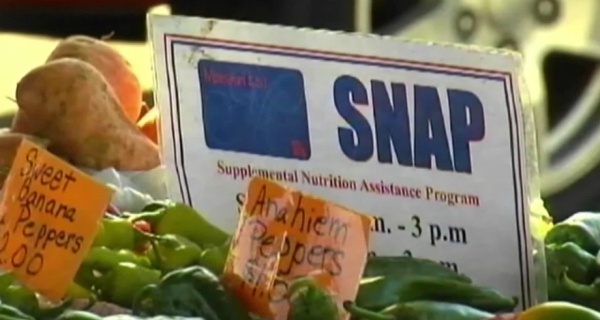 In some circles, the notion that there’s no free lunch isn’t just a metaphor for our economic reality -- it’s taken as a directive. That’s the idea behind the view that to qualify for government benefits, an able-bodied adult should either hold a job or be in school. West Virginia has been testing this theory by imposing such a requirement for eligibility in the Supplemental Nutrition Assistance Program -- more commonly known as food stamps -- in certain counties since 2016.

The state has hoped that introducing work requirements would increase employment among SNAP beneficiaries and reduce reliance on food stamps, which ballooned during the Great Recession.

The results aren’t heartening: According to a report from the West Virginia Center for Budget and Policy, work requirements did reduce SNAP participation in the affected counties, which saw a 13.6% decline in enrollment -- much higher than the 5.7% decline elsewhere in the state. But employment growth in those counties has, if anything, slowed compared with the rest of West Virginia. And reducing access to food stamps without growth in the job market has, in turn, put pressure on local food banks and food pantries.

The idea that work requirements should promote employment seems intuitive at first glance. So what's wrong with the theory?

First, it fails to account for the nature and insecurity of employment for low-income workers. These kinds of workers are much more likely than the rest of the population to work intermittently. They often hold part-time or seasonal jobs, with hours that can fluctuate. Plus, those at the bottom of the pay ladder are much more subject to unexpected shocks that might make it difficult or impossible to work: If your car breaks down, for example, you might not have the money to fix it — and as a result, you may not be able to get to your job.

Whatever the cause, if you’re in and out of work, you’ll have a harder time satisfying eligibility rules that require continuous employment — even if you’re working as much as you can.

There's also a broader conceptual problem with work requirements for food assistance: Taking away access to food benefits actually makes it harder to work both by reducing nutrition and forcing people to spend more time trying to find food.

And as I argued in a previous column, much of the value of in-kind transfers comes from providing aid to people who lack other opportunities. In the case of food stamps, that means people who can’t find steady employment or who can’t work at all.

Of course, West Virginia's work requirements have exceptions for people who care for dependents, such as young children or the elderly, as well as for people who are physically unable to work. But these carve-out exemptions mostly pertain to those whose circumstances are easily measurable and long-term. A temporary illness might be enough to knock you out of the labor pool for a month, but not enough to earn you an exemption — and then by the time you’ve recovered, you would have lost food-stamp eligibility.(1)

Far from encouraging widespread fraud, as some claim, most people receiving SNAP assistance really need it. Recent estimates place food-stamp fraud at about 0.9% of the program.(2) That low rate, which is well below that of many other major government programs, can be explained in part because SNAP isn't a huge benefit: For a family of four in West Virginia, for example, SNAP eligibility guidelines limit net monthly income to no more than $2,146, with a maximum monthly benefit of $646 — or roughly $40 per family member per week.

That’s not especially attractive if you have a better option. And as a recent paper of mine with Piotr Dworczak and Mohammad Akbarpour explains, this means the decision to enroll in SNAP is on its own indicative of real hardship.

Thus, in essence, the structure of SNAP already serves as its own means test. Overlaying work requirements as a secondary screen is unnecessary and counterproductive because food aid tends to be most needed by those who have the hardest time finding steady work.