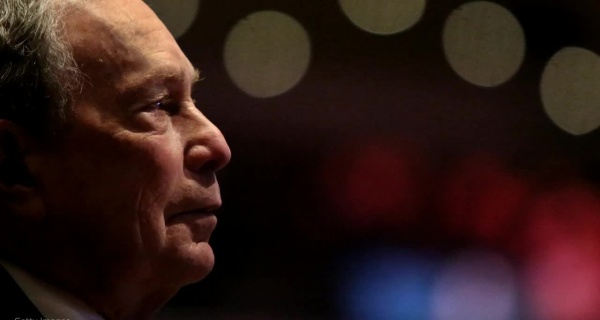 Michael Bloomberg unveiled a plan Sunday to invest $70 billion in low-income neighborhoods throughout the country, increase the number of black homeowners, and double the number of African-American owned businesses if he’s elected president.

Bloomberg, speaking in Tulsa, Oklahoma, at a former hub of black businesses destroyed in a 1921 riot by white residents, outlined his plan to address what he called systemic discrimination in African-American access to credit and wealth creation.

“As someone who has been very lucky in life, I often say my story would only have been possible in America – and I think that’s true,” Bloomberg said in his speech. “But I also know that my story would have turned out very differently if I had been black, and that more black Americans of my generation would have ended up with far more wealth, had they been white.”

Like previous Bloomberg policy rollouts, the plan announced Sunday offers no details on how the federal government would pay for it or where the revenue would come from. His campaign has said that will become clearer when Bloomberg releases his tax plan, but hasn’t said when he plans to do so.

Bloomberg’s plan is aimed at luring African-American voters, who overwhelmingly support former Vice President Joe Biden in the race for president. Biden has the support of 48% of black voters nationally, according to a national Washington Post-Ipsos poll released this month. Bloomberg had 4%.

One possible reason Bloomberg, 77, has struggled with black voters is his past support as New York mayor for a policing policy known as “stop and frisk.” Criminal-justice advocates criticized the practice as disproportionately targeting men of color, and in August 2013, his final year in office, a federal judge ruled the policy had been used in an unconstitutional manner. Bloomberg has apologized for overseeing the policy.

“As I have said, I was wrong not to act faster and sooner to cut the stops, and I have apologized to New Yorkers for that and for not better understanding the impact it was having on black and Latino communities,” he told the approximately 400 people in the audience.

Bloomberg said that if elected, he would launch programs to boost 100 of the country’s poorest neighborhoods by investing in them over five years through a coordinated federal campaign. Bloomberg’s plan would create a new Neighborhood Equity and Opportunity Office, based in the White House, to coordinate among participating federal agencies.

Bloomberg spoke in Tulsa at the Vernon African Methodist Episcopal Church and at the Greenwood Community Center, which memorializes the 1921 attack by white residents on what was then known as “Black Wall Street” for its economic prosperity. More than 200 blacks were killed, 800 injured in the attack and more than 6,000 black residents were arrested and detained. More than 1,200 homes were burned and buildings were looted.

Oklahoma is one of the Super Tuesday primary states on which Bloomberg is staking his campaign.

Bloomberg aims to help 1 million African-Americans become homeowners by providing assistance with down-payments and credit-scoring and by enforcing fair-lending laws.

— With assistance by Mark Niquette