America's Allies Are Abandoning Trump Over Reckless Escalation With Iran 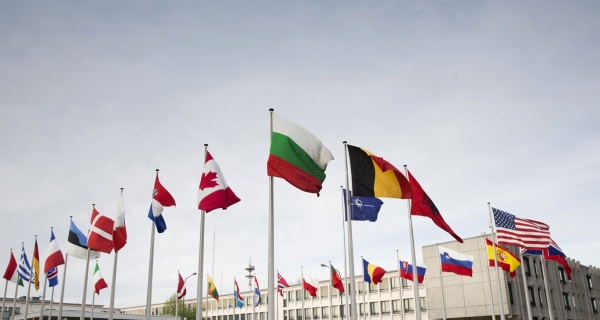 *The UK said that further conflict "is in none of our interests."

*The US government decided to go ahead with the airstrike late Thursday without informing its European partners, which angered some allies, BuzzFeed News reported.

*"The purpose of having allies is that we can surprise our enemies and not each other," Tom Tugendhat, the chairman of the UK Parliament's Foreign Affairs Committee, told the BBC.

US allies on Friday warned against any further escalation of the conflict with Iran following President Donald Trump's decision to authorize the assassination of Iranian Maj. Gen. Qassem Soleimani late Thursday.

The airstrike, which was reportedly launched without consulting US allies, led to warnings from several European nations, with only Israel speaking out strongly in favor of Trump's decision.

The global reaction to the attack has revealed the US as increasingly isolated on the world stage.

Among the first to react was the United Kingdom, historically the closest ally of the United States.

The foreign secretary, Dominic Raab, said in a statement on Friday that conflict with Iran "is in none of our interests" and urged "all parties to de-escalate."

Raab's predecessor Jeremy Hunt, told the BBC on Saturday that Trump was engaging in an "increasingly dangerous game of chicken" with Iran, with both sides doing "increasingly extreme things."

The attack risks damaging relations between the two countries.

Tom Tugendhat, Raab's Conservative Party colleague and the chair of Parliament's Foreign Affairs Committee, told the BBC that "the purpose of having allies is that we can surprise our enemies and not each other."

He added that "it's been a pattern, sadly, which has been a bit of a shame, that the US administration of late has not shared with us and that is a matter of concern."

"I would urge the US administration to share much more closely with allies, particularly those who are fighting alongside in the region, including us."

Hunt agreed, saying that it was "regrettable" that the UK had not been consulted about the strike.

"It is regrettable as one of the US's closest allies," he said.

"It's an important aspect that there are no surprises in that relationship."

One complicating factor for the UK is the imprisonment in Iran of the UK citizen Nazanin Zaghari-Ratcliffe on allegations of espionage.

Prime Minister Boris Johnson's actions have been blamed for her ongoing detention, and he has promised to intervene in the case to end it.

Zaghari-Ratcliffe's husband, Richard Ratcliffe, told ITV's "Good Morning Britain" on Friday that he feared Trump's action could worsen her chance of being freed.

France warns of the danger of unilateral action

France, alongside the UK and other European countries, was instrumental in attempts to forge and maintain a new relationship with Iran through the 2015 Iranian nuclear deal.

It has strongly criticized Trump's decision in May 2018 to withdraw from that deal, and the French government on Friday also called on the Trump administration to step back from any further conflict.

The secretary of state for European affairs, Amélie de Montchalin, told a French radio station that any unilateral action by the US was dangerous.

"What is happening is what we feared: Tensions between the United States and Iran are increasing," Montchalin told RTL, according to Reuters.

She added, according to The Guardian, that "at European level, we have to work in collective multilateral frameworks and prevent the powers, one against the other, from playing their game in an unpredictable manner."

The German government laid the blame for the crisis firmly at Tehran's door.

"The American action was a reaction to a series of military provocations for which Iran is responsible," a spokeswoman, Ulrike Demmer, said on Friday, according to Reuters.

However, she warned against any further conflict, telling reporters, "We stand before a dangerous escalation."

Among the leading US allies, Israel was alone in offering its full backing of Trump's action.

In a statement on Friday, Israeli Prime Minister Benjamin Netanyahu said that "just as Israel has the right of self-defense, the United States has exactly the same right."

Soleimani "is responsible for the death of American citizens and many other innocent people," Netanyahu said. "He was planning more such attacks."

He added: "President Trump deserves all the credit for acting swiftly, forcefully and decisively. Israel stands with the United States in its just struggle for peace, security and self-defense."