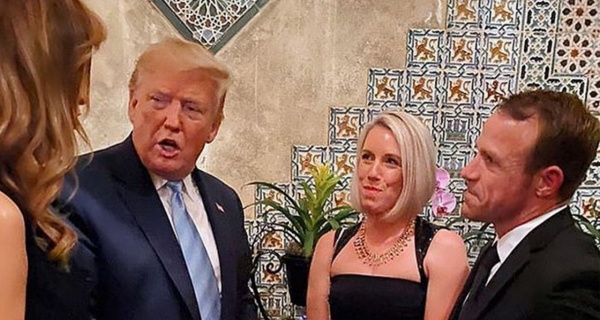 A Navy Seal platoon leader controversially cleared of war crimes by Donald Trump was a “toxic” character who was “OK with killing anything that moved”, according to fellow Iraq veterans who reported his conduct to military investigators.

Gallagher was convicted in July of posing with the dead body of a teenage Islamic State captive he had just killed with a hunting knife. He was granted clemency by the president in November in a decision that angered military chiefs.

In the interviews, conducted by navy investigators looking into Gallagher’s conduct during a tour of duty in Iraq in 2017, fellow platoon members told of a ruthless leader who stabbed the captive to death for no reason then forced his troops to pose for a photograph with the corpse.

At his court-martial, Gallagher was acquitted of murder but demoted in rank for the lesser charge of posing with the body – a decision Trump reversed.

In a lengthy criminal investigation report, the navy detectives laid out other allegations against Gallagher, including picking off a schoolgirl and elderly man from a sniper’s roost. Members of Alpha Platoon’s Seal Team 7 alarmed by their leader’s conduct said they were initially shut down by military chiefs when they first spoke up, and told their own careers would suffer if they continued to talk about it.

Eventually, the Navy Criminal Investigative Service (NCIS) began an inquiry and the platoon members were called to give evidence.

“The guy is freaking evil,” special operator first class Craig Miller, one of the platoon’s most experienced members, told investigators in sometimes tearful testimony. “I think Eddie was proud of it, and that was, like, part of it for him.”

Miller said Gallagher, who had the nickname Blade, went on to stage a bizarre “re-enlistment ceremony” over the body of the captive. “I was listening to it and I was just thinking, like, this is the most disgraceful thing I have ever seen in my life,” he said.

At his court-martial, the panel heard evidence that Gallagher had emailed a photograph to a friend in the US containing a photograph of him holding up the dead captive’s head with the words: “Good story behind this, got him with my hunting knife.”

Another platoon member, medic Corey Scott, said: “You could tell he was perfectly OK with killing anybody that was moving.”

In text messages exchanged by the group around the time of their testimony, which were also obtained by the New York Times, platoon members urged each other to speak truthfully to the investigators.

“Tell the truth, don’t lie or embellish,” one team member, a sniper, wrote. “That way he can’t say that we slandered him in any way.”

Gallagher maintains the allegations against him are a fabrication by platoon members who could not match his own high standards and who were intent on ousting him.

“My first reaction to seeing the videos was surprise and disgust that they would make up blatant lies about me, but I quickly realized that they were scared that the truth would come out of how cowardly they acted on deployment,” Gallagher said in a statement to the Times issued by his lawyer Timothy Parlatore.

“I felt sorry for them that they thought it necessary to smear my name.”

Despite Gallagher’s conviction for war crimes, Trump has lauded him – and two other military members he granted clemency to last month – as “great fighters”.

“I stood up for three great warriors against the deep state,” Trump told supporters at a Thanksgiving rally in Sunrise, Florida, apparently referring to a decision just weeks earlier by Adm Mike Gilday, the US navy’s chief of operations, to deny Gallgher’s appeal for clemency and uphold his demotion.

Gallagher and his wife Andrea were photographed last weekend with the president and first lady Melania Trump at Mar-a-Lago, Trump’s private Florida resort where he is spending the holidays.