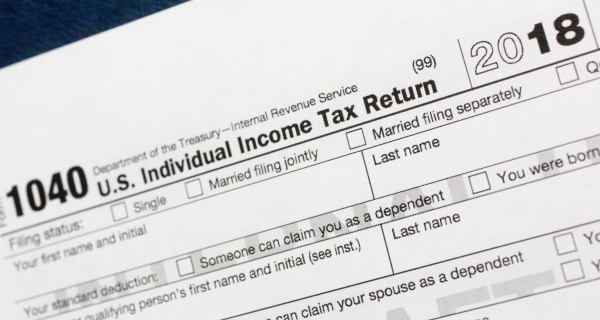 Decades from now, many Americans will have to consult history books to gain an appreciation of the lowest point of Donald Trump’s presidency: his impeachment. But they will be able to feel the effects of his highest point: the 2017 tax bill, which he signed into law two years ago Sunday. That’s because they will still be paying for it.

Trump and his party took great pride in enacting the biggest tax overhaul in a generation. “It’s going to be a tremendous thing for the American people,” the president exulted. But like most things he says, that claim was unfounded. The package turned out to be an extravagant mirage.

Americans thought they got a tax cut. What they really got was a tax increase that hasn’t yet taken effect. When you cut taxes but don’t cut spending to match, as the Nobel laureate economist Milton Friedman often noted, you are not cutting taxes but merely delaying them. And total spending has not been reduced; it has been raised.

The 2017 bill cut individual and corporate tax rates, raised the standard deduction, limited deductions for state and local taxes and allowed businesses to immediately write off outlays for new equipment, among other provisions. We were told it would propel economic growth to new heights, unleash a flood of capital investment, turbocharge job creation and boost wages.

The supporters claimed that they could cut taxes without actually cutting revenue. Senate Republican leader Mitch McConnell said: “I’m totally confident this is a revenue-neutral bill. I think it’s going to be a revenue producer."

But two years later, the evidence of failure is undeniable. Almost every promise made has been a promise broken.

Economic growth, Trump predicted, “could go to 4, 5 and maybe even 6%.” In fact, the effect on the economy has been imperceptible. GDP didn’t even reach 3% in 2018. Growth in the most recent two quarters was around 2%. The Wall Street Journal’s latest survey of economists projects it will slow to 1.8% in 2020.

Trump says the economy is in “a boom the likes of which we have never seen before.” Actually, we have seen it before, when Barack Obama was president. GDP growth in 2015 was 2.9%, the same as it was in 2018. In the 1990s, by contrast, annual growth rates often reached 4%. Looking only at a graph of growth rates over the past decade, you wouldn’t know the 2017 tax measure had ever happened.

Business investment in the United States, far from rising, has plunged this year. The huge reduction in corporate income tax rates, from 35% to 21%, has not had the irresistible incentive effect that it was supposed to.

Job creation has chugged along at a steady pace over the past two years, with no discernible help from the tax changes. In the past two years, the U.S. economy has added fewer jobs than it did in the final two years of Obama’s presidency. In employment terms, the tax measure has been a nothing burger.

The biggest downside, though, is the total cost of the measure, which the bipartisan Committee for a Responsible Federal Budget now estimates at $1.9 trillion over 10 years. Far from being a “revenue producer,” it has been a revenue loser. CRFB said last year that revenue fell 5.4% in inflation-adjusted dollars and 8.1% as a share of the economy.

The budget deficit, thanks in part to the tax bill, has nearly doubled under Trump, from $665 billion in 2017 to a projected $1.1 trillion this year. It’s on track to exceed $1 trillion in each of the next three years. The total federal debt — which Trump promised, ridiculously, to pay off in eight years — has risen by more than $3 trillion since he arrived.

Things are about to get worse yet. The tax legislation just signed by Trump repeals some taxes and extends some revenue-losing provisions that would have expired. It will add another $500 billion to the debt over the next 10 years.

The 2017 tax package was a mammoth fraud that put the GOP’s political priorities and ideological dogma ahead of the welfare of our children and grandchildren. That’s the nature of Trump’s presidency: Even his proudest achievements are cause for regret.