Worst Economy Is Still Waiting For Its Trump Bump 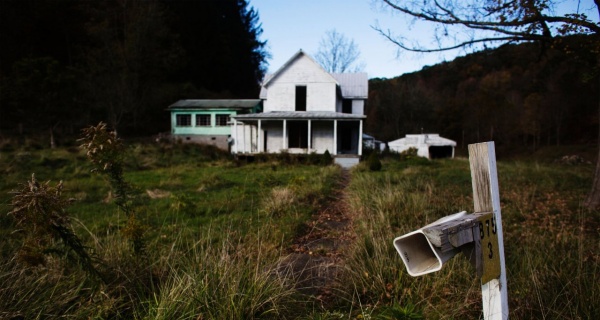 West Virginia, a state  Donald Trump campaigned on reviving, is forecast to have the worst-performing economy in the nation over the next six months, Federal Reserve Bank of Philadelphia data show.

Trump easily won West Virginia in 2016 with almost 70% of the vote by vowing to rejuvenate industry there. The Appalachian region has long suffered economically, with one of the highest percentages of people living in poverty at about one in five.

The projections show that the decline in West Virginia will be the most severe since May 2009 during the Great Recession. Moreover, the population has shrunk in all but nine of the state’s 55 counties since the 2010 census and statewide unemployment is among the highest in the U.S.

Pipeline construction related to natural gas had boosted the state’s economy in recent years, said John Deskins, director of the Bureau of Business and Economic Research and an associate professor of economics at West Virginia University. “Now some of those projects are wrapping up, so those jobs are disappearing, naturally. I would say that is the biggest short-run negative for our economy.”

West Virginia is an outlier among southern and sunbelt states, which are expected to lead the U.S. economy over the next six months, according to new central bank data.

Presidents seeking re-election tend to do well when the national economy is performing well and are endangered in times of economic downturn. The state-by-state data show a more complicated picture for Trump. The Fed estimates the national economy will grow by 1.27% -- but with a mixed outlook in some of the highly competitive states that Trump needs to win.

That’s important because political scientists have found that local economic conditions can be more powerful than the national economy in determining people’s votes.

Generally, the southern half of the country is forecast to do better than the north early next year. The Fed bank projects that the economies of 44 states -- led by South Carolina -- will expand over the next six months.

South Carolina’s economy, with one of the lowest unemployment rates in the country, remains on solid footing, according to University of South Carolina economist Joey Von Nessen. “Even with this year’s manufacturing slowdown, South Carolina’s advanced manufacturing sector (i.e., the aerospace, automotive, and tire industries) has been thriving,” Von Nessen said in emailed comments. The state’s current economic expansion is now largely being driven by strong consumer spending and next year, consumer spending is expected to continue to see steady growth.

The early primary states of Iowa and New Hampshire are expected to see marginal growth over the next few months, according to the Fed bank, which released six-month leading indexes for the 50 states Tuesday. In Iowa, the index registered 0.06 in October, down from a 2019 peak of 0.93 in June. In New Hampshire, the October figure of 0.30 is down from a 2019 high of 1.43 in May.

The local information is more volatile than national data, and single events, such as hurricanes, plant shutdowns, or temporary swings in demand for a particular product, can have outsize effects on state economies.