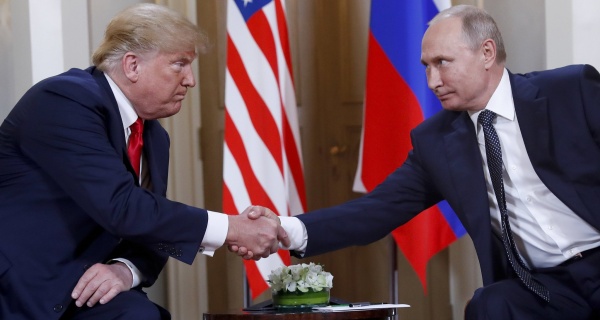 We found out in the NY Times last night that the President, the Senate and possibly the House had been briefed by US intelligence that the false story about Ukraine’s involvement in the 2016 election was a Russian disinformation campaign designed to drive a wedge between America and Ukraine. This was before the hearings. They all pushed it anyway.

We also found out that Friday Senators Ron Johnson and Chuck Grassley sent a letter to the National Archives asking for any documents pertaining to the DNC and Obama meetings with the Ukraine government. They know that this story is a Russian disinformation campaign, they did it anyway.

Trump spent an hour yesterday morning ranting about the hearings, Schiff and pushing fake Ukrainian story on Fox and Friends. The NY Times story also reports that Trump and Vladimir Putin have actively discussed Ukraine in their meetings. It appears Putin put on his spy hat, having been an agent in the old Soviet Union KGB intelligence services, and was able to collect his biggest asset ever, the President of the United States. Trump is like a real-life Manchurian Candidate.

This week we found out that Lindsey Graham has initiated a Senate investigation into Joe and Hunter Biden around their activities in Ukraine. Lindsey Graham once, with tears in his eyes, referred to Joe Biden as “as good a man as God ever created”.

Some news agencies, including CNN are reporting that the indicted Ukrainian “businessman” and Giuliani associate Lev Parnes is ready to testify that Devin Nunes met with former corrupt Ukrainian Prosecutor General Victor Shokin in 2018 in Vienna to get dirt on the Bidens.

The question now becomes, how do we as a country stop this when the Department of Justice, Senate, Presidency and Supreme Court are all doing the bidding of a corrupt authoritarian President?