Putin Is Enjoying The Political Chaos Happening In The United States 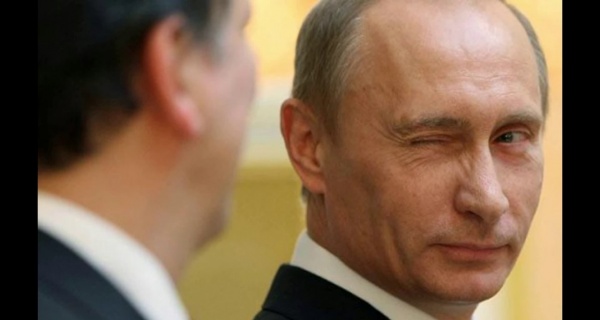 On Russian state television, tightly controlled by the Kremlin, support for Donald Trump in his current impeachment battle is absolute. After all it is Russia, they sometimes joke, that got the US president elected in the first place!

Of course, allegations of meddling in the 2016 US presidential election, which swept Trump into office, are officially denied in Russia. But they are often referenced, even on serious television news shows, with a sarcastic wink.

“Have you lost your minds that you want to remove OUR Donald Ivanovich,” bawls Vladimir Soloviev, host of “Evening,” a pro-Kremlin current affairs program which has been focusing on the US impeachment proceedings.

The affectionate, if slightly tongue-in-cheek, Russification of Trump’s name reminds viewers that this US President is seen here as being more positive for Russia than any other Western leader, even as that has been at the expense of his own country’s interests.

“The chaos brought by Trump into the American system of government is weakening the United States,” Karen Shakhnazarov, CEO of Mosfilm Studio and a regular guest on Russian state television, tells the studio audience.

“America is getting weaker and now Russia is taking its place in the Middle East. Suddenly, Russia is starting to seriously penetrate Africa. So, when they say that Trump is weakening the United States — yes he is and that’s why we love him. The more problems they have, the better for us,” Shakhnazarov says.

For some time, Russian officials have derived a certain glee from the chaotic political machinations in the United States.

The daily drama plays into a popular narrative here that the US, and the West in general, faces terminal decline. As former Cold War rivals descend into this supposed anarchy, a resurgent Russia under President Vladimir Putin gains strength and stability.

To the Kremlin it’s an appealing distraction that belies chronic economic and demographic problems facing the actual Russia where people live in ever decreasing numbers.

“Impeachment is What Vladimir Putin Wants,” was the heading of a recent open letter sent by Republican members of the US Congress to the Wall Street Journal.

“His goal, now and before the 2016 election, has been to pit Americans against one another and to erode confidence in our democratic process,” the letter continues, in an impassioned plea for the Congressional hearings to end.

But there are signs the fast-moving impeachment process is a bit too chaotic, even for Putin.

He wants crippling sanctions lifted, arms-control deals, and a working relationship with the White House. This is difficult, he says, in such a toxic political environment.

“How can we cooperate with them when they are so engaged in their domestic political affairs?” asked the Russian President at the Valdai Forum discussion group in October.

“Obviously, this is always the case during an election campaign. But this domestic political race has gone a little over the top. I don’t think it’s ever been like this in the history of the United States,” Putin lamented.

Like Russia itself, its views on Trump and his possible impeachment are complicated and often contradictory. People here relish the chaos in the US, but crave the stability of a strong US President with whom they can deal.

And the truth is many Russians see Trump as a rare friend in the White House, one who’ll be lost if he’s removed from office.