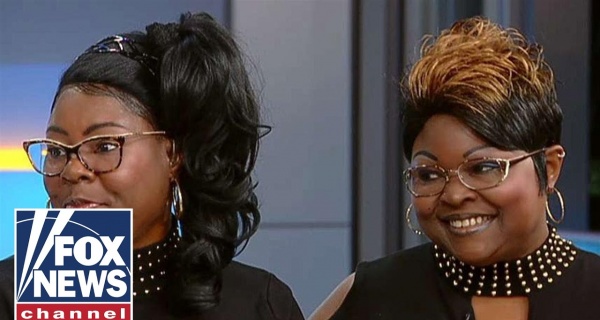 Diamond and Silk are at it again with ridiculous comments that make no sense.

Wrong on all counts.

But Silk continued, “They’re pushing these socialistic ideas in different forms. Elizabeth Warren wants Medicaid for all to bankrupt us $52 trillion. Biden wants to get medical to all illegal aliens. So you see what I’m talking about? So they are both the same. So they throwing shade at each other. It wouldn’t surprise me if one of them becomes the front runner and the other one takes the mess of Vice President. But both of them are going to lose miserably.”

Again, the two Trump supporters aren’t even remotely right, and a simple visit to Biden and Warren’s sites will prove this. Biden wants to build on Barack Obama‘s Affordable Care Act, which upholds public and private healthcare options, while Warren wants Medicare for all. Democrats across the board also differ on many immigration issues. Biden is a white man, Warren is a white woman. They don’t look the same. Salt is certainly not the same as sugar.

Of course, Twitter couldn’t deal with the inadequate comparisons and unproductive critiques. Folks particularly couldn’t get over the idea that salt and sugar are similar.

“Their Thanksgiving dinner about to be trash,” writer Eugene Scott replied.

“Salt and sugar are not remotely the same, try eating a cookie made with salt instead of sugar,” another user replied.