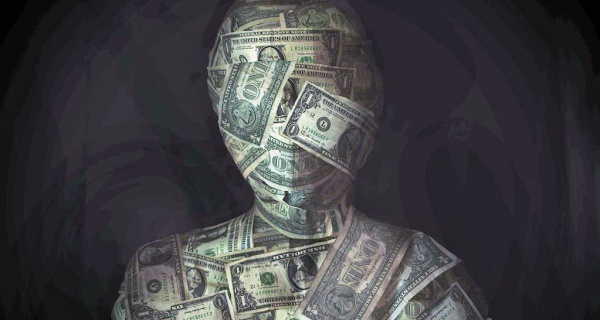 A nonprofit group with a bland name, Americans for Job Security, spent $5 million supporting Republicans in the 2010 midterms and $15 million denouncing former President Obama in the 2012 election, but until this week, the group never had to file disclosures showing where its money was coming from.

“This is the first time in the Citizens United-era that a dark money group was forced to disclose their donors in a certain time period,” said Jordan Libowitz, a spokesperson for nonprofit watchdog group Citizens for Responsibility and Ethics in Washington, referring to the 2010 Supreme Court case that wiped away previous restrictions on political spending.

Americans for Job Security had previously claimed it was not a political organization and therefore did not have to disclose its donors. But after years of litigation, CREW convinced the Federal Election Commission otherwise. AJS filed a list of its backers and beneficiaries from 2010 to 2012 on Thursday.

The biggest individual donor to the group appears to be Charles Schwab, the brokerage titan worth an estimated $7.8 billion. Over the span of three months in 2012, he donated nearly $9 million. Gap cofounder Doris Fisher—along with her sons Robert, John and William—gave another $9 million.

Some of the donors’ names have seeped out over the years. In 2013 a California state watchdog agency released a redacted donor list following an investigation conducted by the agency. That redacted list showed donors with mostly California addresses.

The new FEC filing shows billionaire donors from around the country. The late Republican megadonors Richard and Helen DeVos gave $1 million to the group in October 2012. Texas oil-and-gas billionaires Richard Kinder, Dan Wilks, Farris Wilks and late Houston Texans owner Robert McNair were also among the donors that year. Others include Dennis Washington of Montana, who got rich in mining and railroads, and Leon Black of New York, who co-founded private equity giant Apollo. WWE chief executive Vince McMahon donated, along with his wife Linda McMahon, who Donald Trump later appointed to his cabinet.

In a letter to the FEC, AJS president Stephen DeMaura said the list was pulled from bank records, spreadsheets and “other records,” noting that it probably included some duplicates. DeMaura could not be reached for comment.

Oct. 27, 2019: This article has been updated to include more details about the billionaires behind two companies that were also donors: Wynn Resorts and Bass Pro Shops.