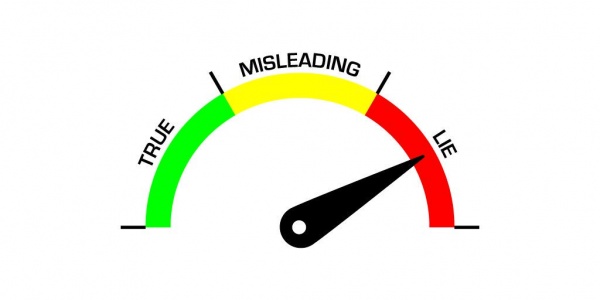 Being a loyal Republican in 2019 requires accepting a few new things.

The list has grown to include believing that Gen. James Mattis is "the world's most overrated general," that Mitt Romney is a "Democrat secret asset," that Nancy Pelosi is a "third-rate (or is it third-grade?) politician," and that Donald Trump is a "stable genius." Thursday, that expanded to believing it’s perfectly normal, and OK, to host world leaders at a Trump resort in Miami.

In other words, it requires gaslighting yourself.

Part and parcel of this is the relinquishing of things that were once sacrosanct.

A week ago, you might have thought the Kurds were America’s friends and allies. Yesterday, you supported a president who says the Kurds are “probably worse at terror, and more of a terrorist threat in many ways than ISIS.” Today, you applaud Trump for announcing a deal to end the war against them he green-lit.

Once upon a time “Mad Dog” Mattis (and no, Trump didn’t invent that nickname) was a tough-as-nails warrior. Today, he’s overrated. A joke. Likewise, for years, John Bolton was a top foreign policy commentator at Fox News. But after being pushed out as Trump’s national security adviser, he is now regarded as a “man of the left.”

Just as the Soviets would airbrush people out of pictures, adhering to Trumpian dogma requires Jedi mind tricks to match what you’ve always believed to the latest evolving propaganda.

It’s not so much that the GOP has changed positions or re-ordered. That would, at least, be coherent and understandable. Instead, what we have is a constantly-changing, often capricious, new dogma that asks us to believe 2+2 is 5 and that we’ve always been at war with Eastasia.

In some ways, the evolving narratives are predictable. On Oct. 9, for example, I asked: “Who’ll be the first Trumper out of the box with the ‘You think the Kurds are angels?’ take....” A week later, Trump himself said that “they’re no angels.”

Of course, Trump doesn’t always demand complete conformity. It is now acceptable, for example, to believe that Trump did something “bad” on that Ukraine call—so long as they hasten to add that it wasn’t impeachable.

Being a loyal Republican involves tying yourself in knots either by suspending disbelief or choosing to humiliate yourself and subjugate your conscience.

The cumulative result is a Grand New Party that is literally unrecognizable.

Let’s say you once believed it was important for America to demonstrate moral clarity and to be a force for good in the world. You recall how Ronald Reagan’s rhetoric was so important to making the moral case for freedom that it even inspired prisoners in the Soviet Gulag. Today, you support a president who makes deals with the Communist Chinese to look the other way on Hong Kong and not support the democracy protests.

Perhaps you remember a time when Cuban refugees and Indochina saw America as a beacon of hope, and the Republican Party in a positive light. Maybe you remember the story from Reagan’s farewell address, where one of the boat people greets an American sailor with the words, "Hello, American sailor - Hello, Freedom Man."

Today, you belong to a cult that views this kind of naive hospitality, not as a sign of American exceptionalism or greatness, but as a sign of weakness—another example of us being saps.

Maybe you grew up watching movies like Mission in Action and once had reverence for the POW-MIA flags.

Today, you prefer heroes who don’t get captured.

Maybe you were a free market conservative.

Today, you’re supporting a president who thinks trade wars are good and easy to win. Or maybe you were a green eyeshade conservative who was worried about tacking the debt (“before it tackles us”), how’s that working out for ya?

Or maybe you were a social conservative who cared about family values and was outraged by Bill Clinton’s behavior, and supported his impeachment.

And, whatever sort of conservative you were, today you are vehemently opposed to impeachment (which, let’s be honest, is really a deep-state coup).

Once upon a time, the conservative coalition was said to be a three-legged stool, which consisted of national security conservatives, fiscal conservatives, and social conservatives. Today, being a loyal Republican means kicking over the stool. It also means that there’s literally nothing the next Democratic president could do or say that would allow you to criticize him or her without being a hypocrite.

In Trump’s America, the only reason to be a Republican is because there is an assumption (based on identity politics and your immutable characteristics) that this is your tribe—and that you fear the left is out to get you.

That’s a pretty sad commentary for a party and a movement that used to believe in some pretty big and important things.