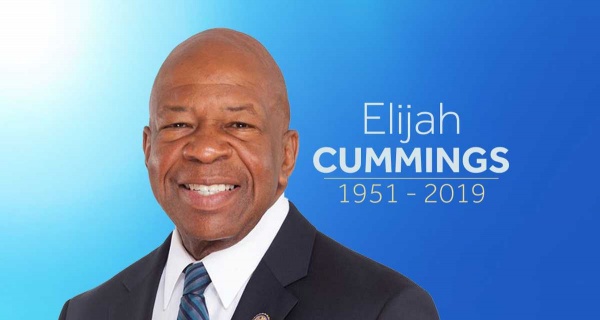 U.S. Rep. Elijah Cummings of Baltimore, a key figure in the impeachment inquiry into President Donald Trump, did not return to his office as expected this week following a medical procedure.

The chairman of the House Oversight and Reform Committee had said in a Sept. 30 statement that his doctors anticipated his return to Washington “when the House comes back into session in two weeks” and that he remained in “constant communication” with his staff and congressional colleagues.

But Cummings, a Democrat, missed two roll call votes on Tuesday, the first day back following the recess. His office declined to comment on Wednesday about his condition or when he is expected to return.

Cummings, 68, has not participated in a roll call vote since Sept. 11.

On Sept. 19, he missed a committee hearing on statehood for the District of Columbia, saying in a statement that “doctors expect me to be back in the office in a week or so.” The timetable for his return was then pushed back.

Neither Cummings nor his staff have disclosed what sort of medical procedure he had.

His office has continued to introduce legislation and conduct other business while he is away from Capitol Hill, and the committee has issued statements from him.

Aides to House Speaker Nancy Pelosi did not immediately reply to a question about Cummings’ absence.

Oversight and Reform is among three committees leading the impeachment inquiry of Trump, a Republican.

Cummings has had health issues in recent years. He uses a wheelchair to get around and when he stands, he braces himself with a walker. In 2017, he underwent an aortic valve replacement. The procedure, which aides described as minimally invasive in Cummings’ case, is used to correct narrowing of the aortic valve in the heart. The surgery led to an infection that kept him in the hospital longer than expected. He was later hospitalized for a knee infection, but he said this summer that his health was fine.

An attorney and former state lawmaker, Cummings was first elected to his seat in 1996. He became committee chairman in January after Democrats won back the House in the 2018 elections.