Here Are Things To Know About The Whistleblower's Complaint 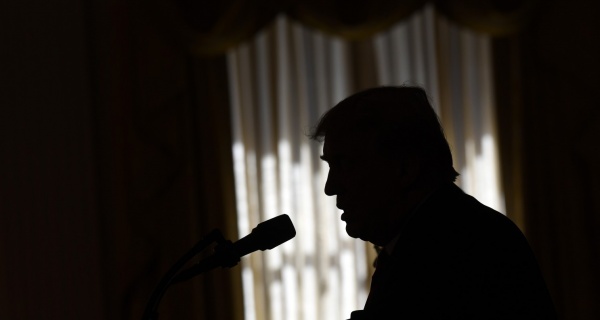 The whistleblower complaint at the center of the burgeoning scandal involving President Donald Trump and Ukraine was made public on Thursday. It contains a number of serious charges that will be scrutinized in the House's impeachment investigation.

The complaint centers on Trump's conversations and actions regarding Ukraine, including a 30-minute phone call on July 25 between the president and Ukrainian President Volodymyr Zelenskiy in which Trump asked the Ukrainian leader to further probe the Biden family's business dealings.

Here are 10 of the most important points from the complaint:

1) Trump was "using the power of his office to solicit interference from a foreign country" in the 2020 election.

2) "The interference includes, among other things, pressuring a foreign country to investigate one of the president's main domestic political rivals. ... The president's personal lawyer, Mr. Rudolph Giuliani, is a central figure in this effort. Attorney General (William) Barr appears to be involved as well."

3) The White House was so concerned it moved to "lock down" the transcript of the July phone call and removed it from a computer system typically used to store such call records and put it in a more secure system.

4) According to White House officials the whistleblower spoke with, that was "not the first time" the Trump administration placed a presidential transcript "into this codeword-level system solely for the purpose of protecting politically sensitive — rather than national security-sensitive — information."

5) The whistleblower, whose identity and gender is not known, was not a "direct witness" to most of what was described, relying instead on what others in the White House and administration told him or her and media accounts.

7) Multiple U.S. officials told the whistleblower that Ukrainian leadership believed that a phone call or meeting between Zelenskiy and Trump was contingent on the Ukrainian president's willingness to "play ball" on the issues that could prove politically beneficial to Trump.

8) On Giuliani, who is not a government official but is Trump's personal lawyer, the whistleblower wrote that beginning in mid-May, "I heard from multiple U.S. officials that they were deeply concerned by what they viewed as Mr. Giuliani's circumvention of national security decision-making processes to engage with Ukrainian officials and relay messages back and forth between" Ukrainian leaders and Trump.

9) Officials told the whistleblower that State Department officials spoke with Giuliani "in an attempt to 'contain the damage' to U.S. national security.

10) The whistleblower wrote of learning about a "sudden change of policy with respect to U.S. assistance for Ukraine" in mid-July that executive branch officials could not explain.

Source: 10 things to know in the whisleblower complaint about trump and ukraine