Caught:Facebook Removes Pro-Trump Page That Was Based In Ukraine 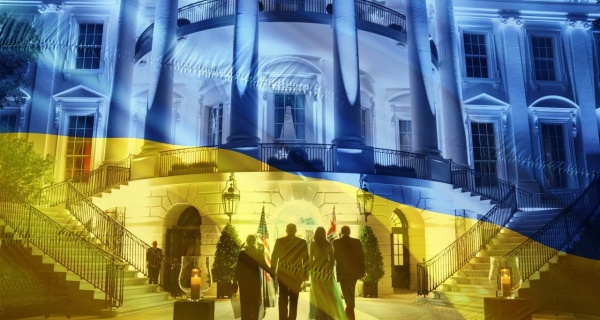 Facebook page that backed Donald Trump and touted American patriotism has been taken down after it was revealed that it was produced by a team-based mostly in Ukraine.

The "I Love America" page had more than 1.1 million followers and made constant references to "our country" and "our military" and cross-posted content from jingoistic pro-Trump pages such as "God Bless Donald and Melania Trump and God Bless America".

However, the investigative website Popular Information revealed that the page was in fact run by a team based in Ukraine, with one person in Kazakhstan, one in France, and only one from the United States.

A website that was linked in the "About" section of the page is registered to Andriy Zyuzikov, from the Ukrainian city of Odessa, it added.

It used viral content once used by the Russian-based Internet Research Agency (IRA), which a report by special counsel Robert Mueller concluded had interfered in the 2016 election.

Memes that once appeared on the now-closed "Being Patriotic" page were recycled on the "I Love America" page, which got more social engagement over the last 90 days than USA Today.

On Monday, the page carried a meme describing how a "political storm of Republicans vs Democrats, Us vs Them..will decide the fate of our great nation! Vote Red, vote Trump!" This was shared more than 600 times and prompted more than 500 comments.

Another meme showed the image of a grieving widow with text reading, "THOSE WHO DISRESPECT OUR FLAG HAVE NEVER BEEN HANDED A FOLDED ONE."

However, some of the comments from users warned others about the messages' source. One read: "DO NOT FOLLOW THIS PAGE. They are foreign trolls attempting to undermine our country's election process."

Another posted that the page was "trying to stir up hate and discontent".

Popular Information said there was no indication that any foreign government was behind the page.

Facebook founder Mark Zuckerberg said in 2018 that he would not allow the platform to be used for interference in elections. Facebook has not responded to Newsweek's request for comment.

Popular Information said it was initially told by the social media giant that the content did not violate its rules against "coordinated inauthentic behavior".

However on Tuesday, Facebook removed the page, citing alleged violations of its policies against spam and fake accounts, The Washington Post reported, despite the social media site saying it had not detected links to any particular foreign government and was investigating.

Social media is key to Trump's re-election campaign. The Trump team is set to launch its own app this fall to keep its supporters donating and give the president unfiltered access to his followers, Politico reported.

The publication described how its social media campaign would be "more professional and data-driven" than in 2016 and will focus on encouraging his base to vote on Election Day rather than persuade undecided people to back Trump.