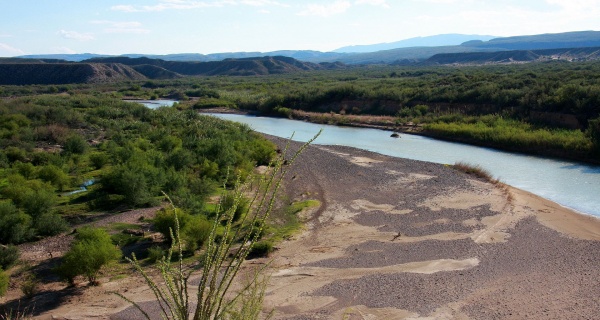 In her last text before attempting to cross the Rio Grande River, Idalia Yamileth Herrera Hernandez told her husband she was scared.

“I don’t know what the river will be like. What if something happens to me?”

That was one of the last messages her husband, Elmer, received from his wife, he told Telemundo. Both Herrera and their son drowned in the river last week. Her body was recovered on Sept. 11.

Herrara and her son left Honduras for the U.S. and attempted to seek asylum, the Honduran vice foreign minister of consular and migration affairs said in a statement obtained by CNN.

They were sent back to Mexico as part of President Trump’s Migrant Protection Protocols, informally referred to as the “Remain in Mexico” policy, which requires asylum-seekers to wait on the other side of the border while their claims are processed.

Herrara and her son, Iker Gael Cordova Herrera, were waiting for their cases to be processed in Matamoros, where hundreds of people are living in tents. Her husband and brother-in-law told Univision that they were sleeping in the streets, struggling to find shelter, and becoming increasingly hopeless.

Her goal was to reach her husband and two daughters, who'd made it into the U.S. safely a few months before.

Customs and Border Protection recovered their bodies from the river last week.

Her husband told Univision that as of Monday, the family hadn’t figured out a way to tell Herrera’s two daughters, who are 5 and 7, that their mother and brother had drowned.

Around 42,000 migrants have been sent to Mexico to wait while their asylum claims are processed, according to a CBP estimate. The Trump administration is opening tent courts along the border, an attempt to process Remain in Mexico cases more quickly.

Earlier this year, Oscar Alberto Martínez and his 23-month-old daughter, Angie Valeria, drowned trying to cross the Rio Grande into the U.S. The image of their bodies circulated both in the U.S. and abroad, a symbol of how deadly migrating to the U.S. has become.