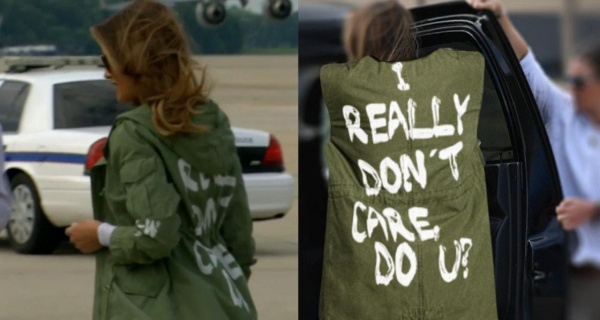 Melania Trump was savaged on Twitter after she posted a message wishing students in the United States a “successful school year” alongside an advert for her anti-bullying campaign.

The wife of President Donald Trump received backlash from angry social media users after she posted her well wishes with a picture of a mouse mat branded with her Be Best campaign. Writing on Twitter the First Lady said: “As students across the country head back to classes, I want to wish everyone a successful school year! #BeBest.” Her Be Best campaign is a public awareness campaign focused on well-being for youths, and advocating against cyberbullying and drug use, particularly opioids.

In response to her message, many people took to social media to share their distaste with Melania’s celebrations of the new academic year.

Nucgeke Zareski posted on Twitter: “My laugh for the day, thank you!”

Another Twitter user, @katzoecat, posted: “Better you should just #BeQuiet.”

“It’s absolutely laughable and really very insulting to our intelligence.”

American author Molly Jong-Fast was not so keen on the usefulness of Melania's campaign materials.

She posted on Twitter: “And since it’s 1993 this mouse pad will really come in handy, thanks flotus.”

@JoJoFromJerz also joined in the public criticism of BeBest.

She wrote on Twitter: “This is meant to inspire ‘success’?

“The font for #BeBest makes it look like a ransom note written by a madman.”

Others were quick to share their distaste of the “grammatical nightmare” of the campaign name.

@OyVegh tweeted: “Why #BeBest? Why you no use adverbs?”

Another Twitter user, @Nonamegirl8686, wrote: “The irony of wishing students a successful school year while ending it with the grammatical nightmare that is 'be best'.

“As students head back to classes I’m wishing you the ability to create a proper sentence structure, Melania. #BeBetter”

Twitter users also took the opportunity to use her post as a way to lash out at her husband.

@HoarseWisperer Tweeted: “Maybe focus on the adult toddler you live with.”

Another social media user, @sheiladc59, said: “You might want to show this to your husband, he isn’t doing his part.”