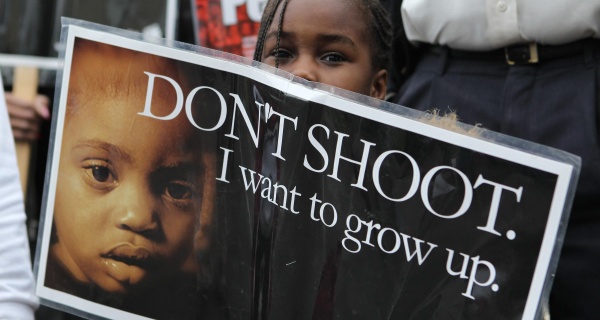 An epidemic of gun violence has mowed down an unthinkable number of black children in St. Louis. Officials investigating the deaths have been powerless to stop the killing, and are reported to have few leads.

In April, a two-year-old named Kayden Johnson, along with her mother, were shot and killed while hiding from intruders in a closet. Kristina Curry, 16, died after being shot near her former high school.

Last month, 10-year-old Eddie Hill, was killed in a drive-by shooting while sitting on his front porch with family.

The amount of bloodshed has been high even for St. Louis, a city known for appallingly high levels of gun violence. Last year, the city saw four killings involving children 16 or younger — a fraction of this year’s horrific tally.

St. Louis Mayor Lydia Krewson has offered rewards totaling $100,000 in at least four of the fatal shootings. Only one case has been solved so far, however: A man came forward saying he fired the gun that led to the death of Xavier Usanga.

By any measure, gun laws in Missouri are lax. Adults 19 or older are free to openly carry a firearm without a permit and without proof of training. Background checks and proper registration aren’t required for private sales.

The staggering death toll, sadly, isn’t unique to St. Louis. While the city since 2014 has been ranked as the deadliest in America, another Missouri city — Kansas City — is not far behind. Missouri’s largest city with a population of half a million people, Kansas City has recorded nearly 100 homicides so far this year, and about 70% of the victims were black.

But St. Louis easily surpasses Kansas City in terms of its woeful body count. As of Thursday, St. Louis had recorded 134 homicides so far this year. If the pattern holds, the city will top last year’s murder total of 186. And in a city where about half of the residents are black, 112 of those 134 murder victims in St. Louis were black.

Meanwhile, black lawmakers have been pleading with Missouri’s Republican governor, Mike Parson, to consider legislation that would allow cities to enact their own gun control laws, so that they can better respond to the crisis.

The violence led State Rep. Ashley Bland Manlove, a Democrat, to declare that a “public health crisis” now exists, as a result of a bloodletting that has ended an unspeakable number of young lives before they’ve even begun.