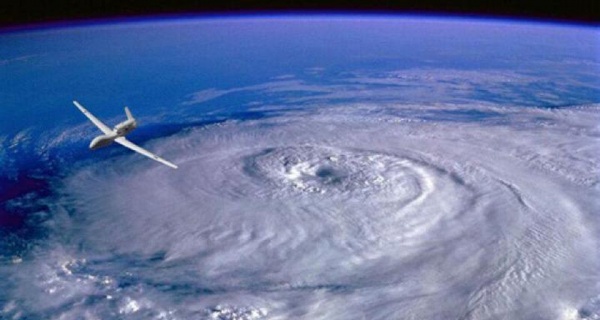 Trump wants to stop hurricanes from hitting the United States by dropping nuclear bombs on them, and he has raised this plan on multiple occasions.

Donald Trump has suggested multiple times to senior Homeland Security and national security officials that they explore using nuclear bombs to stop hurricanes from hitting the United States, according to sources who have heard the president’s private remarks and been briefed on a National Security Council memorandum that recorded those comments.

Behind the scenes: During one hurricane briefing at the White House, Trump said, “I got it. I got it. Why don’t we nuke them?” according to one source who was there. “They start forming off the coast of Africa, as they’re moving across the Atlantic, we drop a bomb inside the eye of the hurricane and it disrupts it. Why can’t we do that?” the source added, paraphrasing the president’s remarks.

Trump also raised the idea in another conversation with a senior administration official. A 2017 NSC memo describes that second conversation, in which Trump asked whether the administration should bomb hurricanes to stop them from hitting the homeland.

One tries to refrain on commenting on the president’s intellect, but Trump’s lack of knowledge is scary on multiple levels. First, Trump appears not to know what a hurricane is. Secondly, the president is very willing to use nuclear bombs. It is unclear if Trump doesn’t understand that dropping a nuclear bomb on hurricane will kill lots of people and possibly destroy an entire part of the Earth, or if he doesn’t care.

Congress needs to act and investigate this report, because if it is true, Donald Trump’s mental state is presenting a grave threat to the country and the world.

The cult within the White House will never invoke the 25th Amendment, but Congress needs to find out for the American people what is going on at 1600 Pennsylvania Avenue.