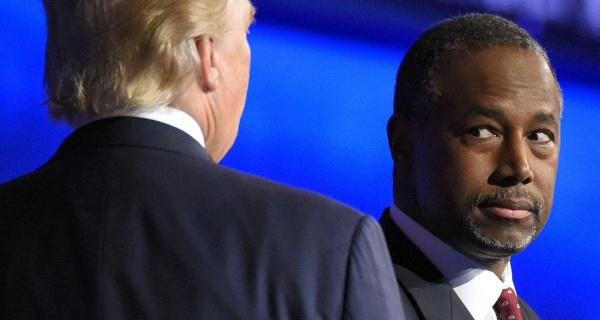 Ben Carson is continuing his mission to destroy Housing and Urban Development. On Monday, he and Trump are planning to roll back an Obama-era rule that helped people to sue against unfair practices in housing.

CityLab.com reports, “The proposed regulation from the U.S. Department of Housing and Urban Development would replace an Obama-era rule on disparate impact, a legal theory that has guided fair housing law for more than 50 years. Disparate impact refers to practices or policies that have an adverse impact on minorities without discriminating against them in explicit terms. The Supreme Court has recognized this form of bias as prohibited under the Fair Housing Act. But the new rule from HUD would substantially raise the burden of proof for parties claiming discrimination.”

The regulation will be proposed on Monday.

According to ABC, Carson logic is, “At the end of the day, this rule not only increases Americans’ access to fair and affordable housing but also permits businesses and local governments to make valid policy choices.”

Diane Yentel, president of the National Low Income Housing Coalition, said in a statement, “The Trump administration designed these changes to make it much more difficult, if not impossible, for communities of color to challenge discriminatory effects in housing.”

Under the current rule,” if discrimination is alleged, the state or city had to show that its actions were necessary, not intentionally discriminatory and that there were no other options,” CBS explains and Obama only strengthened this rule.

However, “Under the new rule, much of the burden of proof would be shifted to the person or group claiming discrimination.” Therefore, less protections for the people.

Maybe this is why Ben Carson was kicked off the property of a Black church last month. In case you missed it, he was trying to set up a press conference outside of Morning Star Baptist Church of Christ. According to The Atlantic, Gregory Evans, 71, who is a member of the church for 50 years, asked, “Why did someone come onto church property without permission? This community needs some support on all kinds of issues—on dilapidated housing and everything else. All of a sudden you’re going to show up on our property and not even ask permission to be here?”

Evans said of Carson: “He’s using it as a photo-op to make it look like they are doing something.”

Carson was perturbed and said on camera to CBS, “It’s a church! They say, ‘Get off my property.’ A church! … This is the level to which we have sunk as a society.”

Nope, this is the level Carson has sunk.