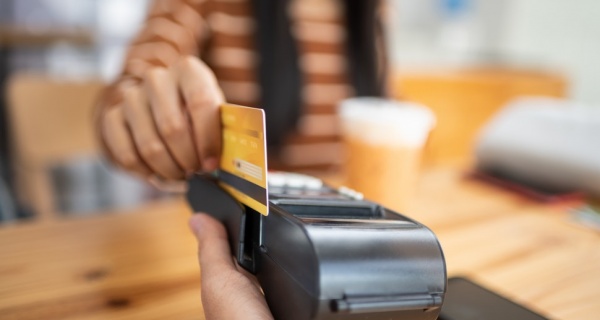 The 2020 presidential race has kicked off and as candidates fight to see who will make it on the final ticket, money starts to flood in to support their campaign efforts. We compiled a list in 2016 of all the companies that gave money to Donald Trump's campaign and essentially helped elect him by funding his entire campaign, and we've got you again this time around.

ICYMI: Chrissy Teigen recently called for a boycott of Soul Cycle and Equinox after their chairman announced he was hosting a fundraising luncheon for Donald Trump. The companies both released statements calling Stephen Ross a "passive investor," but if someone is a major investor in your company, doesn't that mean you're essentially supporting their moral values by taking their money?

If you aren’t familiar with how campaign fundraising works, politicians must disclose how much individuals donated money to their campaign when it’s over $200. Political Action Committees (PACs) also raise and spend money on elections but there are limits on how much they can take in and spend, according to CBS. All these donations are released to the Federal Election Commission for the public and continuously updated throughout the campaign cycle.

Since the Watergate scandal, it’s illegal for people to secretly donate to a presidential candidate. One way that powerful politicians and company leaders get around this is by donating to 501(c)(4), 501(c)(6) and other advocacy groups that donate money to single candidates during their campaign, according to Open Secrets and the Brennan Center for Justice. This form of “dark money” or “dark donations” is how elected officials are essentially able to receive unlimited amounts of money from private donors since these non-profits can engage in limited political activity and raise/donate as much as the want without disclosing their donors.

While many of the powerful players can get away with keeping their financial support a secret, most people can look up which individuals from certain companies donated to politicians’ campaigns using the FEC or websites like Good Unite Us. According to the Federal Election Commission, Trump has already received $43,814,715.72 in contributions for his re-election campaign.

Here are the companies that have folks working for or with them that donated funds to Donald Trump's 2020 re-election: