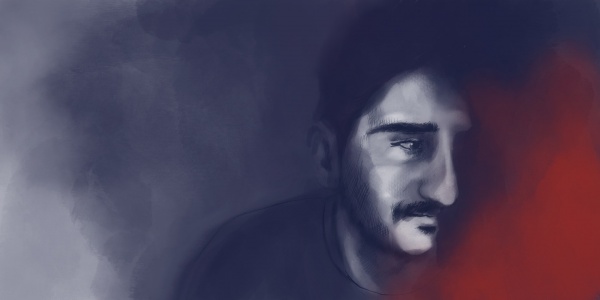 Jimmy Aldaoud lived most of his life in America. Born a refugee in Greece, he came to the United States as a child. He was a member of the Chaldean Catholic minority, many of whose members fled Iraq following the second U.S. invasion. He did not speak Arabic and had never been to Iraq. But when he encountered legal issues in the United States, which his lawyer attributed to his his mental health issues including paranoid schizophrenia, he was deported to Iraq by the Trump Administration.

Now Aldaoud is dead, according to a Facebook post by his lawyer, who said he likely died because he could not obtain insulin in Iraq to treat his diabetes.

Rep. Andy Levin (D-Mich.) commented on Aldaoud’s death in a written statement to Politico, saying “Jimmy Aldaoud … should have never been sent to Iraq. My Republican colleagues and I have repeatedly called on the executive branch to cease deportation of such vulnerable people. Now, someone has died.”

Democratic presidential candidate and Washington governor Jay Inslee shared a video of Aldaoud shortly after he was deported. “Jimmy Aldaoud spent most of his life in the US. He died after being deported to Iraq, where he was homeless and could not speak Arabic or get insulin. The Trump administration did not just deport Jimmy — they handed him a death sentence,” Inslee said.

In a statement to HuffPost, Immigrations and Customs Enforcement said, that Aldaoud “entered the United States lawfully in 1979, before violating the terms of his status due to several criminal convictions,”

There is a large Chaldean community in the United States, with around 160,000 Caldeans — half of whom are registered voters — living here, according to the Chaldean Community Foundation. The Trump administration has targeted more than 1,000 Iraqis for deportation.

“Jimmy’s death has devastated his family and us,” Miriam Aukerman, an ACLU attorney who is representing immigrants in a lawsuit said. “We knew he would not survive if deported. What we don’t know is how many more people ICE will send to their deaths.”Ma