The Rising Cost Of Trump's Air Force One 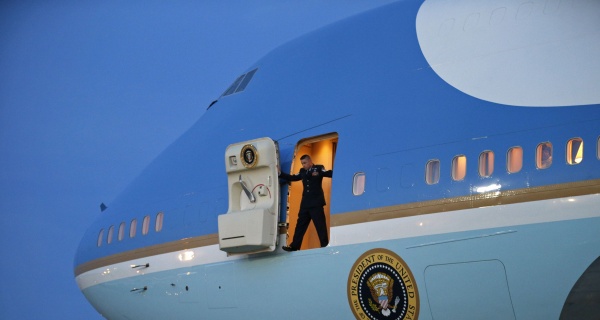 A few weeks before taking office, President-elect Donald Trump publicly criticized the effort to build new Air Force One jets, declaring that the program’s high projected costs were a problem that he aimed to solve as only a hard-nosed businessman can.

“Boeing is building a brand new 747 Air Force One for future presidents, but costs are out of control, more than $4 billion. Cancel order!,” Trump tweeted in December 2016.

Since then, Trump has claimed to have negotiated a significantly lower price for the program, which includes two Boeing 747 jets that are being modified heavily for presidential use. “We've got that price down by over $1 billion and I probably haven't spoken for more than an hour on the project,” Trump declared in 2018. “I got the generals in who are fantastic … but I told Boeing that isn't good enough, the price is still too high.”

Estimates made last year, however, suggest that Trump hadn’t actually reduced the projected cost much, if at all, with the price still coming in at around $4 billion. And now, according to the latest projections from the Air Force, it looks like the price has actually gone up by hundreds of millions of dollars.

Based on the Pentagon’s acquisition report on the project, the pair of jets that will be used as Air Force One is projected to cost $4.7 billion, Air Force Magazine reported last week. Add in the cost of hangar construction, engineering, and other related components, and the total comes to $5.2 billion.

An Air Force spokesperson gave The Washington Post’s Dana Milbank a different breakdown – $3.9 billion for Boeing and $1.4 billion for related costs – with an even higher total cost of $5.3 billion.

“Apples-to-apples comparisons are tricky, largely because Trump tends to make up numbers,” Milbank wrote Wednesday, “but by any measure, the price tag is up — bigly — from when Trump first complained about it.”