This Is The Donald Trump African-Americans Warned You About 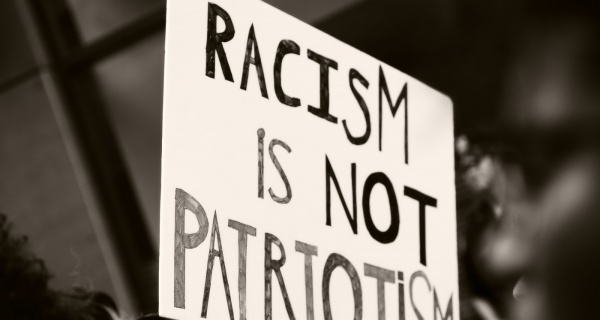 Donald Trump taking a page out of the racism playbook by suggesting that four Congresswomen of color should “go back” to their countries was a statement that is unequivocally racist. But, in all honesty, I was surprised that the comment caused so much direct pushback and calls of racism from mainstream media and politicians. Not because the comments weren’t racist, but because they didn’t seem to stray from the message Donald Trump has been spewing for 30 years of his public life, three years of a campaign and two years of being the president. Sure, Trump’s comments were racist, but he’s been making racist comments this whole time.

A quick recap: Donald Trump’s entree into mainstream pop culture came from putting an ad in newspapers demanding the lynching of five innocent Black boys. In the 70s, the Justice Department sued Trump for violating the Fair Housing Act for refusing to rent to Black tenants. Trump’s presidential campaign began with him calling Mexicans rapists. Two years ago he refused to condemn white supremacists and just last year he called African and Caribbean nations as “shithole countries.” Through it all, the media has been at-best hesitant and at-worst defiant about recognizing Trump’s actions as racist, let alone categorizing him as a racist.

Throughout the entirety of Trump’s political career, Black politicians, journalists and generally every Black person in between has been gaslit and chastised for calling him a racist. The fact is, we were right. Donald Trump has fulfilled every hateful campaign promise he’s made since 2015 and manifested every fear Black people have had about his presidency. To be appalled or surprised at his comments two weeks ago is to be willfully ignorant of what racism looks like. By the same token, to be astonished that we can have a man this racist in the White House is to be so comfortable in one’s close-minded white supremacy constructs that ignoring American history has become an act of privileged indulgence.

So what happens now that the rest of the country has finally caught up to acknowledging that we have a racist president? Well … not much. Nancy Pelosi is dragging her feet on impeachment in the face of overwhelming evidence the president broke the law — and the fact that his racist comments themselves are ground for impeachment. Robert Mueller is more concerned with following protocols and political normalcies than saying what he really wants to say about the president’s crimes. And we have an overall political gridlock in which Republicans care more about power than Democracy and Democrats care more about — actually, I don’t know what Democrats care about — than saving this country. The reason for the inaction is clear: The aforementioned parties can afford to play drawn-out political games because so much of these entities are made up of people who will never feel the direct impacts of Trump’s racism. For them, Trump’s election and presidency aren’t life or death. Politicians and so many newsrooms can afford to ignore Black people’s warnings and cries for change as nonsense because their whiteness allows them that privilege.

That leaves us back where we were in 2016 and before: with Black people warning and the power structures in this country ignoring those warnings. The very same newsrooms that are patting themselves on their respective backs for finally calling Donald Trump racist are the same newsrooms that ignored Black writers who wanted to make that same argument years ago. It’s all performative with an end goal of feeling better about a tacit enabling of a racist man who is ruining marginalized lives.