Trump Suggested A 'Black Versus White' Contestants Season Of 'The Apprentice' 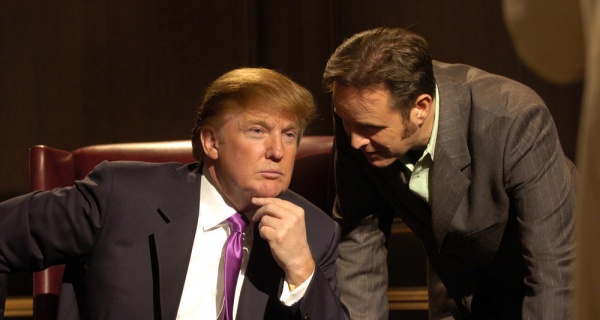 In 2005, Donald Trump had an idea to boost ratings for "The Apprentice," his TV show that premiered a year earlier. He suggested putting an all-white team against an all-black team, apparently believing that it would become the highest-rated show on television if the network did so.

He floated the idea on Howard Stern's radio show in April 2005, according to The New York Times.

"Do you like it?" Trump asked Stern. To which he replied: "Yes."

Trump then asked Stern's African-American cohost, Robin Quivers, the same question. "Well," she said, "I think you're going to have a riot."

But Trump wasn't too concerned about the potential ramifications of the show. "I think that it would be handled very beautifully by me, because, as you know, I'm very diplomatic," he told Stern, adding that while there would be a mix of light-skinned and dark-skinned black contestants, the white team would consist solely of people with blond hair.

The show never came to fruition, as NBC executives immediately rejected his proposal, The Times said. An NBC representative did not immediately respond to Business Insider's request for comment on this.

The Times used this example in a recent piece discussing whether Trump had used racial divisions in the US for his personal gain.

"Over decades in business, entertainment and now politics, Mr. Trump has approached America's racial, ethnic, and religious divisions opportunistically, not as the nation's wounds to be healed but as openings to achieve his goals, whether they be ratings, fame, money, or power, without regard for adverse consequences," The Times wrote on Saturday.

The story was most likely prompted by Trump's tweets last Sunday in which he suggested that a group of four Democratic congresswomen of color should "go back" to their "corrupt" and "broken and crime-infested" countries — even though all are US citizens and three were born in the US.

He said the congresswomen were "loudly" and "viciously telling the people of the United States" how its government should be run.