Ben Carson Admits That African-Americans Are Struggling In Trump's Economy 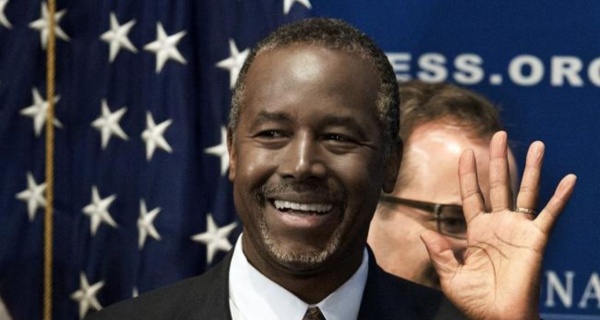 He blamed this decline on the lack of “wherewithal in terms of financial knowledge” of black people during the George W. Bush administration.

“People took advantage of a lot of people who did not have a lot of wherewithal, in terms of financial knowledge about housing. And you know, by manipulating debt-to-income ratios and the various types of manipulations for credit that were done, they put people into houses that they couldn’t afford.” The nation, he said, is “still recovering” from that meltdown.

Carson offered no other explanation as to why the problem is worse under Trump — especially given that the administration frequently boasts that black employment is at all all-time high. He also was unable to explain why homeownership among Latinx people is simultaneously rising.

The 1968 Fair Housing Act banned racial discrimination in housing decisions. While black homeownership rose for decades after the law’s passage, it has declined to pre-1968 levels in recent years and continues to get worse under Trump.

Early in the interview, Carson defended Trump against charges of racism by noting the generally good economy as proof of his commitment to racial minorities.

“Look at the policies that have been done and look at the people who have been helped,” he urged. “You know, black unemployment at the lowest level ever.” As, apparently, is black homeownership.