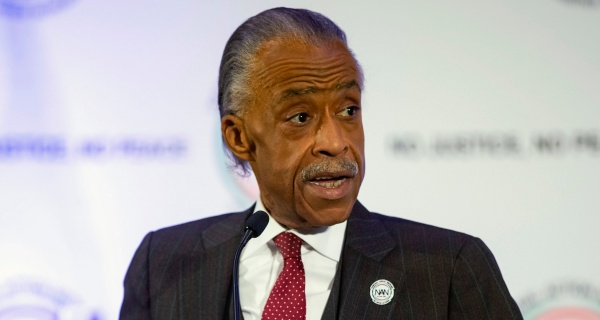 Al Sharpton said that Donald Trump is a racist, reminded the president that he is a second generation American and that his in-laws are immigrants.

The president is a racist. That’s it. No doubt in my mind. It’s been demonstrated time and again, and after this morning’s Twitter screed, wading into the ongoing tactical feud between House Speaker Nancy Pelosi and four freshwomen of Congress with nothing to add but racism. There should be no doubt who president Donald Trump is speaking to and for. This morning, our president asked his base the following. “Progressive Democratic congresswomen, who originally came from countries whose governments are a complete and total catastrophe, why don’t they go back and help fix the totally broken and crime-infested places from which they came? Then come back and show us how it is done.”

In the last few hours, I’ve been asked for my take on these comments. No slight to my MSNBC colleagues. But naturally, I saved my best heat for my show. This is the president that called African nations and Haiti s-hole countries. This is the president who entered national politics by raising questions on the birthplace of the first African-American president of the United States. He has used racism, either coded or blatant, throughout his political career, but now he’s come right out because I’ve heard those same calls of go back to where you come from as I’ve led marches and participated in rallies over the last several decades

. Well, I am where I come from. I come from Brooklyn. And, by the way, congresswoman Alexandria Ocasio-Cortez was born in New York City. Tlaib was born in Detroit. And Pressley born in Cincinnati. So come back where they come from, those are the cities and states they come from, and, Mr. President, you don’t want to talk about if their grandparents or great-grandparents came from elsewhere because you are second-generation person that came to this country from somewhere else. In fact, your in-laws are from somewhere else. So, clearly, you’re not talking about people that have had forefathers and foremothers that were born somewhere else. You’re talking about race and you’re talking about it explicitly, blatantly, and in the most ugly manner as the president of the United States.”

Trump finally went so far that his racist, and let’s not forget sexist, attack can’t be ignored.