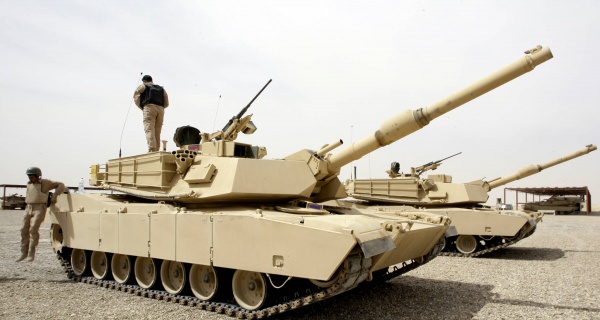 Donald Trump said Monday that tanks will be part of his planned “Salute to America” celebration on the Fourth of July.

Trump has wanted a military-style parade of some sort since he watched the Bastille Day parade in Paris with French President Emmanuel Macron in July 2017 and came away impressed by the show of military might.

Trump reluctantly bagged plans for a big Veterans Day down Pennsylvania Avenue in 2018 after DC officials cited the costs and said they feared that the massive military vehicles including potential road damage from military vehicles, which can weigh in at 60 tons or more.

And DC officials remained critical of the plans on Monday.

“We have said it before, and we’ll say it again: Tanks, but no tanks. (PS: The @DeptofDefense agrees),” the City Council tweeted, along with a Defense document from March that said only wheeled vehicles, and not tanks, should be included.

Trump already ordered a flyover by military jets — as well as one of the jetliners used as Air Force One — for the event.

The Navy’s famed Blue Angels were supposed to be on a break between a performance in Davenport, Iowa on June 30 and one in Kansas City, Mo. on July 6, but will now be doing their storied airborne acrobatics in D.C. on the Fourth, the paper reported.

The Defense Department has not provided an estimate for how much the extravaganza could cost.