Americans Are Losing Sleep Over Thoughts Of Another Recession 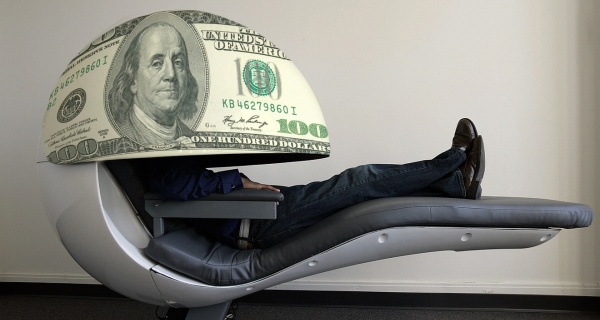 How are you sleeping lately?

Some Americans are feeling uneasy. Consumer confidence fell to a two-year low in June, the Conference Board announced this week. It fell to 121.5 this month from a 131.3 in May. That’s the lowest level since September 2017.

“The escalation in trade and tariff tensions earlier this month appears to have shaken consumers’ confidence,” Lynn Franco, senior director at the Conference Board, said in a statement. Continued uncertainty could “diminish” people’s confidence in the economic expansion, she added.

Many people are living with wildly fluctuating income, a recent report from the Board of Governors of the Federal Reserve System said. “Volatile income and low savings can turn common experiences — such as waiting a few days for a bank deposit to be available — into a problem.”

Despite unemployment hitting a 49-year low, plus low interest rates and inflation, people are feeling skittish. “A major trade war between the U.S. and China represents our greatest economic risk,” said Lynn Reaser, chief economist of the Controller’s Council of Economic Advisors.

All of these worries are taking their toll. 78% of adults are losing sleep over work, relationships, retirement and other worries, according to a study released Thursday by personal-finance site Bankrate.com. Over half (56%) of Americans are lying awake at night worrying about money.

The good news: A higher number of U.S. adults (62%) were losing sleep over money three years ago, and more people were lying awake over retirement (39%), health care and/or insurance bills (29%), mortgage/rent payments (26%), educational expenses (11%) and stock-market volatility (5%). But are sleepless Americans stuck between a rock (the last recession) and a hard place (the longest economic expansion in U.S. history)?

Millions of American believe it can’t last for much longer and fear a downturn is coming: 40% of people in a separate poll by that site say they feel the next recession has already begun or will begin within the next 12 months. These worries, however, are divided along political lines. Democratic Americans are almost twice as likely as Republican Americans to believe it’s already begun.

Jesse Colombo, analyst at Clarity Financial, cautioned readers of his Real Investment Advice column not to underestimate the severity of the next recession. “Virtually everyone is underestimating the tremendous economic risks that have built up globally during the past decade of extremely stimulative monetary policies,” he wrote.

Other signs that people are feeling under pressure and losing sleep. They’re working longer hours to keep up. Nearly half — 45% — of U.S. workers require a side hustle to make ends meet, and even middle-aged workers are feeling the pinch. This includes 48% of millennials, 39% of Generation Xers and 28% baby boomers.

The expected benefits of a strong economy has not helped everyone keep up with their daily expenses. Wage growth showed signs of an upswing earlier this year, but disappointed in May. Wages increased just 3.1% on the year in May, not including inflation, slowing from 3.2% the previous month.

But there are global issues that may be far more troubling. After a decade-long economic expansion and stock market growth, some economists say it’s only a matter of time before there’s another downturn. Oxford Economics, a U.K.-based forecasting firm, predicts that fallout from the next recession could trigger a 30% drop in the S&P 500 SPX, +0.58%

According to the New York Fed’s yield curve-based recession probability model, there is a 27% probability of a U.S. recession in the next 12 months. “The last time that recession odds were the same as they are now was in early 2007, which was shortly before the Great Recession officially started in December 2007,” Colombo added.

And, Colombo adds, that model was skewed by a then-Federal Reserve Chairman Paul Volcker’s “unusually aggressive interest rate hikes that were meant to ‘break the back of inflation.’ Looking at the New York Fed’s recession probability model data after 1985 gives more accurate estimates of recession probabilities in the past three decades, he said.

“I believe that the coming recession is likely to be caused by — and will contribute to — the bursting of those bubbles,” he said. In other words, Colombo argues that Americans have plenty of reasons to lie awake at night wondering when America’s decade-long expansion will finally come to an end. “Everyone should be terrified of the coming recession,” he added.