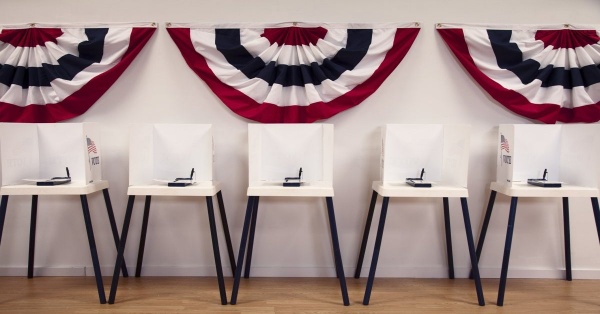 States removed the registration records of more than 17 million voters between the 2016 and the 2018 elections in accordance with federal law, according to a report released Thursday by the U.S. Election Assistance Commission.

That number represents about 2.5 million more voters than were removed from 2013 to 2014 under the National Voting Rights Act, which mandates that states allow increased voting and registration opportunities as well as maintain accurate and current voting rolls. Under the act, states removed voters for not voting, moving between voting districts, death, committing a disqualifying crime, or being judged mentally incapacitated.

The biennial survey follows calls in recent years by Republican-led state governments for more aggressive implementation of list-maintenance techniques they say are meant to protect the integrity of elections. Voting rights advocates have argued the methods disproportionately affect Democratic voters and minorities without enough consideration for the possibility of inaccurate removals, leading to claims of voter suppression.

Legal challenges over voter registration practices have broken out across the country, often splitting along partisan lines. In 2018, the conservative majority on the Supreme Court ruled that Ohio did not violate federal laws in its voter list maintenance process. In the state, if a voter doesn’t vote in two years, they are sent a confirmation notice. If the mail is returned as undeliverable, the voter may be removed from the rolls in a process known as “voter caging.” Following the decision, at least a dozen other Republican-leaning states said they would adopt similar measures.

According to the 2018 Election Administration and Voting Survey submitted by the Election Assistance Commission to Congress, an independent agency of the U.S. government that supports state and local election officials, states reported more than half of the removals occurred because a voter didn’t return a confirmation notice or because they moved out of the voting district.

“The greatest problems we see are that postcards in today's digital world are increasingly inefficient. In a world of junk mail those artifacts are often easily misplaced or inadvertently junked,” said Gregory Miller, co-founder of the Open Source Election Technology Institute (OSET), a nonprofit that researches election technology. NBC News has collaborated with the OSET Institute since 2016 to monitor technology and voting issues around U.S. elections.

“In some cases, the postcards, even if discovered in a pile of mail, may have been sent with very little time to respond,” Miller said.

A report last year by the Brennan Center for Justice, a nonpartisan public policy and law institute, found four states had engaged in illegal purges, and another four had implemented purge rules it called “unlawful.”

Multiple investigations have been opened into allegations of voter fraud, and none has found any evidence of widespread issues.

The same day as the voting survey, the Government Accountability Office, Congress’s auditing arm, released a report on how the Department of Justice has investigated allegations of violations of voting rights act laws. From 2001-2017, the department investigated 99 alleged violations related to voter registration opportunities and list maintenance and filed 14 cases, according to the report.