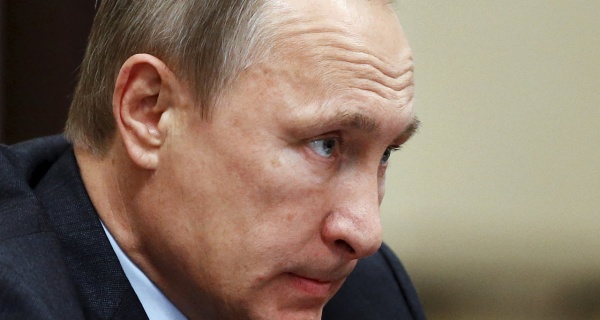 Russian President Vladimir Putin has launched a blistering broadside against Western democracy on the eve of the G20 summit in Japan, claiming that Western liberalism is obsolete and celebrating the rise of populist right-wing movements in Europe and the U.S.

Speaking with the Financial Times at the Kremlin before heading to Osaka, Japan, for the G20 summit, Putin singled out President Donald Trump and praised his anti-immigration stance.

"This liberal idea presupposes that nothing needs to be done" as to mass migration, he claimed. However, he suggested that "migrants can kill, plunder and rape with impunity because their rights as migrants have to be protected."

"Every crime must have its punishment," he continued. "The liberal idea has become obsolete. It has come into conflict with the interests of the overwhelming majority of the population."

He pointed to Germany as an example. In 2015, Chancellor Angela Merkel committed to taking in 1 million refugees from poor and war-torn countries, many from Syria. The decision drew virulent criticism from right- and far-right movements across Europe and North America. Putin described the controversial move as a "cardinal mistake."

Much of the European migrant crisis was driven by events in Syria, where the civil war—now in its eighth year—has killed around 500,000 people and created some 5 million refugees abroad. Russia joined the war in support of President Bashar al-Assad in 2015, shoring up the dictator's forces with airstrikes, weaponry, training, mercenaries and special operations troops.

Though Putin said the Kremlin's intervention has given Russian troops invaluable combat experience, he did not acknowledge his government's role in the mass exodus of Syrians from the country nor the numerous accusations of war crimes committed by both Moscow's forces and Assad's troops.

He did, however, note that wars elsewhere in the Middle East and Africa had contributed to the mass migration to Europe, which he said had created more crime and exacerbated social tensions. This, he said, is fueling an anti-establishment backlash in Europe.

The Kremlin has been accused of supporting far-right, anti-establishment and anti-European Union political parties across Europe, as well as launching a disinformation campaign to help Trump get elected. Putin denied this, and described alleged Russian meddling as "mythical interference."

Nonetheless, he argued that Europe's leaders had failed to properly protect their people and national cultures against migratory pressures. Putin suggested he would not allow the same kind of social tolerance and multiculturalism in Russia.

He took special issue with LGBT rights and sexual diversity. The Russian government has introduced new legislation persecuting homosexuality in the country, which it claims endangers traditional family values. The stance has drawn criticism from across the Western world.

Putin acknowledged that "we have been condemned for our alleged homophobia." He claimed "we have no problem with LGBT persons," adding, "God forbid, let them live as they wish."

However, he immediately said there are some aspects of LGBT rights that "appear excessive" to the Kremlin. "They claim now that children can play five or six gender roles," he said. "Let everyone be happy, we have no problem with that…but this must not be allowed to overshadow the culture, traditions and traditional family values of millions of people making up the core population."