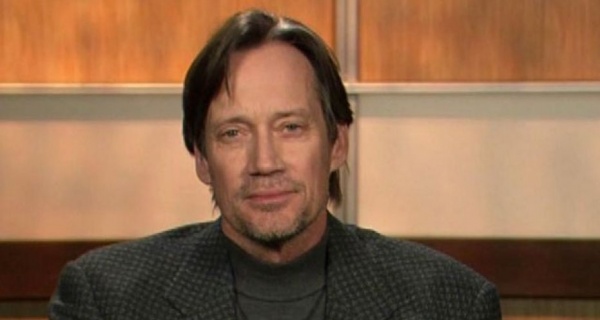 Twitter’s latest right-wing troll is none other than nineties actor Kevin Sorbo. The “thespian,” most famous for his role as Hercules in the 1995 syndicated television series Hercules: The Legendary Journeys, has received an influx of attention for the first time in years due to his cringey far-right internet presence.

Sorbo’s nonsensical tweets take aim at “libs” and feminists often preceded with sarcastic warnings that he is doling out some “common sense,” because he believes liberals cannot handle the cold hard truth. Most recently, he fired off an extraordinary tweet demanding a call for more “diversity” in the NBA (read: more white people) whilst demonstrating a weak grasp on geography. “Really?” Sorbo wrote, “Toronto Raptors not going to go to The White House because they want to boycott President Trump who has done more for the African/American community than Obama did?”

The post racked up 14,000 replies with many people pointing out the obvious: Toronto is not part of the United States. The replies trashing Sorbo’s flawed logic far outweighed the mere 2,800 retweets he received.

Earlier this month, when it was announced that Sarah Huckabee Sanders would be stepping down as White House press secretary, the 60-year-old shared a hot take on feminism. “Not one feminist has defended Sarah Sanders,” he tweeted. “It seems women’s rights only matter if those women are liberal.” It’s unclear which of Sanders’ rights Sorbo thinks need defending, or for that matter, what he thinks feminism is. Though the tweet received significantly more retweets than his tweet about the Toronto Raptors, his replies were similarly filled with Twitter users poking fun at him. “I don’t know about you,” wrote @gordonhaber, “but I woke up this morning wondering what Kevin Sorbo had to say about feminism.” Writer and amateur MMA fighter Tony Posnanski was blunter, replying, “I don’t think it’s so much of a liberal thing as much as an asshole thing.”

One of Sorbo’s most infuriating tweets to date reads, “If women are upset at Trump’s naughty words, who in the hell bought 80 million copies of 50 Shades of Gray?” Apparently, Hercules did not get the memo on consent. The replies on this tweet are especially hilarious as users mocked the false equivalence of Sorbo’s message. “If people hate being run over by cars who the hell bought all the tickets to see the Pixar movie Cars?” wrote comedian Alan Resnick. Because Twitter is a terrible place, Sorbo received more than 71,000 likes.

Though no one has really been paying attention until now, Kevin Sorbo has always been vocal about his conservative views. The Minnesota native was raised in a religious family and has long believed that Hollywood discriminates against Christian actors who are public about their religious beliefs. In an interview with The Greenville News earlier this year, he said, “I’ve been completely blacklisted.” Sorbo attributes his career to “faith-based” and independent films, presumably the only work he has been able to get. He was even cast in the disturbing far-right, anti-abortion film Roe v. Wade, alongside Milo Yiannopoulos and Tomi Lahren, before backing out at the last minute. Back in 2016, he voiced his support for then-candidate Trump because he believed Jesus would vote for Trump, once again demonstrating foolproof logic.

When Sorbo isn’t too busy taking down socialists, quoting Candace Owens or retweeting other right-wing C-list celebrities (looking at you, Stacey Dash), he watches a livestream of a bald eagle sitting in a tree. That is actually something he does and has been doing “off and on for five months.” This guy really loves America. Except for the Democrats, feminists, professional basketball players, and female readers of erotica, of course.