Lindsey Graham's View On Border Deaths: 'They Should Stay In Their Country' 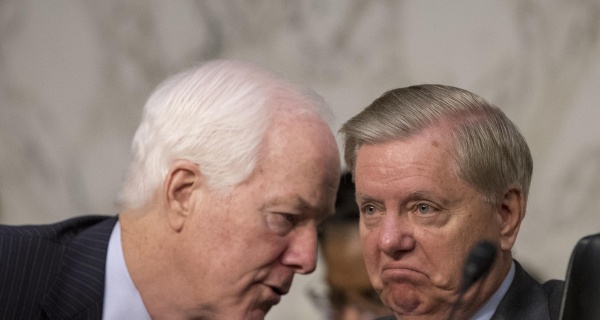 South Carolina Republican Sen. Lindsey Graham said Wednesday that migrants should “stay” in their countries of origin instead of undertaking the “dangerous” journey across the U.S. / Mexico border.

Graham’s comments on Fox News’ “The Story with Martha MacCallum” came after several migrants, including three children, were discovered dead in South Texas near the Rio Grande river. Many of President Donald Trump’s critics, including Democratic 2020 presidential candidate Beto O’Rourke, have blamed the deaths on the current administration’s immigration policies.

“This is not the president’s fault” Graham told Fox News host Martha MacCallum, calling the attempts to shift the blame to the president “disgusting.”