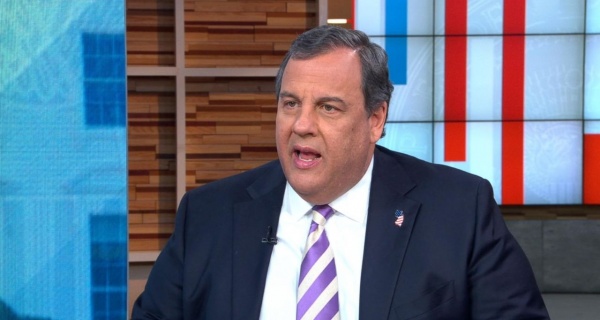 Former Gov. Chris Christie says in a new report that Donald Trump’s inner circle hurt the president and “failed the country” in a disorganized attempt to put together a cabinet after tossing his transition work in the trash a few days after the 2016 election.

Christie, in an interview with Axois, argues Trump “didn’t have the very best people in front of him” when he sat down to fill his cabinet because of a personal feud Trump’s son-in-law, Jared Kushner, has with him.

As a result, Trump’s team ignored Christie’s recommendations for top positions in the administration and instead appointed people who had conflicts of interests or other “red flags” that resulted in their early departure from the administration amid controversy.

“In the end, this is a monumental staff failure that failed the president, and as a result, failed the country,” Christie told the news website during an interview inside his Morristown law office.

Axios obtained nearly 100 Trump transition vetting documents produced after Christie’s plan was discarded that identify the red flags on people who would later go on to serve in Trump’s circle.

Christie was unceremoniously fired as the head of the transition two days after Trump won because of bad blood with Kushner, he said. As U.S. Attorney Christie who sent Kushner’s father, Charles Kushner, to prison for tax fraud in a salacious crime story.

And when Christie was ousted, so were his recommendations on senior staffers.

“What was turned over on Monday, the day before the election, to the campaign was a 30-volume set of all of the transition planning,” Christie said, adding he had four people recommended for the president for each cabinet position.

“The longer term consequences for the president and for the country is that he didn’t have the very best people in front of him to be able to make a full and fair decision about, and then he paid the price,” Christie said.

The documents obtained by Axios highlighted Scott Pruitt’s “allegations of coziness with big energy companies” and Tom Price’s “criticisms of management ability." Both men would later get top jobs in the administration, Pruitt as the head of the EPA and Price Health and Human Services secretary, only to resign over ethical abuses.

Rudy Giuliani, the former New York City mayor and friend of Christie, had a 25-page report titled “Rudy Giuliani Business Ties Research Dossier” that highlighted his “foreign entanglements," according to the report. Giuliani, who was in line for secretary of state, never joined the Trump administration.

According to the report, other flags from Republican National Committee vetting included:

*“White supremacy” was listed as an issue for Kris Kobach, who was in the running for secretary of homeland security. He didn’t get the job, but he did lead a commission Trump established to investigate voter fraud. The commission was disbanded after issuing a report that it did not find widespread fraud. More recently, Kobach has been floated to serve as a “immigration czar,” according to published reports.

*Trump’s first secretary of state, Rex Tillerson, was flagged over Russia. ""Tillerson’s Russia ties go deep," according to the report.

*Fox News host Laura Ingraham was reportedly in line for White House press secretary. She was flagged over her controversial statements on transgender people. “Ingraham said people should wear diapers instead of sharing bathrooms with transgender people.”

Christie, meanwhile, was presented with some of the questions people in Trump’s circle suggested the president ask him when he was floated as somebody to fill a top spot, including: “Do you believe that your removal as head of the Trump transition team was orchestrated by Jared Kushner?”

“Yes, I do, and the reason I do is that’s what Steve Bannon told me,” Christie told an Axios reporter.

“The interesting part of this, which shows you how disorganized they were, was they had an entire vice presidential vetting file on me,” he said what makes this even funnier that they would go through this.”

Trump passed over Christie for vice president. He also did not give Christie a job the governor coveted: U.S. attorney general.

Christie later said he turned down a number of other positions that Trump offered him around the time the president prepared to be sworn in. He has said vice president and attorney general were the only posts he wanted.

Last year, Christie took his name off a short list for Trump’s chief of staff.