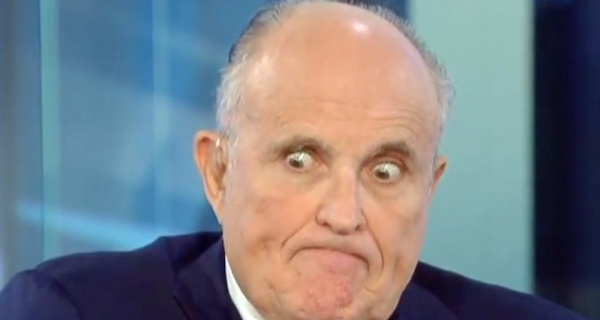 The “Morning Joe” host has long hinted about rumors of Rudy Giuliani drinking to excess, and MSNBC contributor Mike Barnicle opened the topic by asking an Axios reporter about a trove of leaked transition documents showing the incoming administration’s background checks of potential officials.

“What did it show up for Rudy Giuliani, who wanted to be secretary of state?” Barnicle asked.

“Okay, how much time do we have?” said Axios reporter Jonathan Swan.

Co-host Mika Brzezinski pointed out they had a three-hour show, and Swan agreed to share some details about the internal deliberations for Giuliani.

“They were so worried about Rudy Giuliani, who was in line for secretary of state, they created two separate dossiers for him,” Swan said. “There was the normal vetting, and they also created a document titled, ‘Rudy Giuliani, Business Ties Research Dossier,’ which had copious accounting of his foreign entanglements. Associations with an Iranian group previously listed on the terrorist watch list, other ties to companies with links to Russia.”

Scarborough asked if the documents showed any concerns about Giuliani’s alcohol use.

“Let me ask you, Jonathan, any concerns as it pertains to Giuliani, about personal things like falling asleep at 6 o’clock at night?” Scarborough said. “Something that the Trump administration people close to Donald Trump told me about repeatedly. Concerns that he would go to Bedminster and be asleep by 6 o’clock with his chin on his chest.”

“I’m not saying this to be tough,” he added, “but I’m wondering whether they actually put that in the dossier because I heard about that a lot.”

Swan had pointed out that Axios redacted details that were based on rumors or other spuriously sourced information, but he said claims about Giuliani’s drinking were not in the dossier.

“That was not in the vetting dossier,” he said.

“See, look at how tight-lipped he is,” Scarborough said. “Steely gaze, I can’t draw him out.”