This Is Why The Republicans Are Interested In The Census 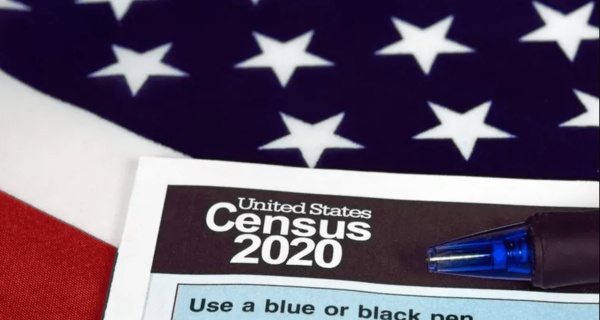 The supreme court is expected to soon rule on whether the Trump administration can add a question about citizenship to the US census. If you want to understand the real purpose of Republican proposals to add a citizenship question to the US census, a good place to start is last November’s Texas state house elections.

Democrats captured 12 seats in Texas’s lower chamber, propelled by long-simmering demographic changes that have made this red state less white, rural, and conservative. The Republican party’s enormous majority has commensurately crumbled: a 101-49 advantage in 2011 has now been sliced to a narrow 83-67. That slight edge could easily evaporate by the mid-2020s.

The master Republican strategist Thomas Hofeller didn’t live to see those dramatic results. He died three months earlier, in August 2018. He anticipated them, however, and left behind a simple yet sophisticated plan to hold back the new face of Texas and keep state government in Republican hands regardless of demographic changes. The citizenship question would be the sandbag.

Hofeller’s long-term strategy to maintain conservative power in a changing nation is at the heart of the census question, and the most important - though perhaps least understood - takeaway from a treasure trove of documents discovered after his death. If successful, his strategy could lock in Republican control not only in Texas, but other slowly changing states like Georgia, Arizona, and Florida. It could also undo any possible decision by the US supreme court this month to rein in the worst partisan gerrymandering.

The Republican plan? Fundamentally re-imagining the way we redistrict state legislatures. The US constitution mandates that congressional districts are drawn based on total population, and state governments have followed that lead when drawing their maps. But the supreme court left the actual metric up to the states.

Hofeller wanted to see what would happen if states drew districts based on citizen voting-age population, and not total population. While it sounds wonky and technical, this subtle shift has the potential to remake political power for decades to come.

The documents, revealed after Hofeller’s estranged daughter turned several thumb drives filled with her father’s work over to Common Cause, suggest this change would have a dramatic effect on political representation. Hofeller concluded in a 2015 memo that the switch “would be advantageous to Republicans and non-Hispanic whites”, because it would dilute the votes of the Texas’s growing Latino population.

Why? Drawing districts based on total population counts everyone: voters and non-voters, citizens and non-citizens, adults and children. It’s based on our constitutional, founding theory that a representative must represent all the people, not just adult voters.

But take a state like Texas, for example – a large state with a growing immigrant population, especially in cities like Dallas and Houston. Districts need to be equal in population. Include only voting-age citizens in the overall population count – and subtract, for example, non-citizen Latinos and their children – and you end up with larger, and fewer, Democratic districts.

The key to the entire strategy? Gathering citizenship data, district by district, during the next census. “Without a question on citizenship being included on the 2020 Decennial Census questionnaire,” Hofeller noted in one memo, “the use of citizen voting age population is functionally unworkable.” A state legislature under Republican control could make this change by simple statute, redefining the very nature of political power and entrenching itself in office by passing one law.

Several important revelations from Hofeller’s thumb drives have made front-page news. Last week, challengers of the citizenship question asked the Court to hold off its impending decision to consider new evidence that Hofeller designed the question to benefit Republicans. The new documents also helped place Commerce Secretary Wilbur Ross in jeopardy of contempt of Congress.

But while most of the coverage of the citizenship question has focused on the potential for an undercount of Latinos and other minority groups that transfers congressional seats to whiter, more rural states, there has been less awareness of this crucial second step. The goal, as revealed in these documents, is not simply to undercount Latinos and reapportion Congress. It’s to gain an accurate citizenship count that makes it possible to change the way we redistrict state legislatures, as well.

The citizenship question, then, did not start with Trump – and contrary to the administration’s claims, is not about better enforcement of the Voting Rights Act. It’s the latest in decades of sophisticated strategies quietly designed by Republicans over decades to protect white political power at the expense of blacks, Latinos, and other racial minorities.

It would be easy to relegate all this to the world of conspiracy theory if the Hofeller memos didn’t spell everything out so clearly in black and white – and if this didn’t fit so squarely into Hofeller’s project of using voting and demographic data to draw maps holding back the demographic tides of a changing nation.

Hofeller specialized in redistricting, and it’s the connection between his census work and redistricting that’s so important here, particularly since we are less than two years away from the redrawing of every state legislative and congressional district nationwide.

He was the Republican gerrymandering guru, the operative who taught Republican legislators how to use mapping software and voter data to construct district lines sturdy enough to hold back a Democratic wave. He was an architect and the godfather of enduring Republican advantages this decade in swing states like North Carolina, Wisconsin, Ohio, Pennsylvania and Michigan.

Back in the 1980s, Hofeller helped conceive of an audacious plan to turn the South red through the Voting Rights Act. The VRA’s reauthorization in 1982 included a provision that required mapmakers to draw majority-minority seats, where possible, to help protect minority voting rights and elect more representatives of color.

Hofeller realized how this could also benefit Republicans. He provided black Democrats in the South with the information and computers they needed to draw majority-minority seats that expanded African-American representation – but also bleached surrounding districts to be whiter, more rural, and more Republican. In 1994, this strategy Republicans allowed Republicans to break the Democrats’ four-decade hammerlock on the US House.

Then in 2008, jubilant throngs celebrated Barack Obama’s 2008 victory in Grant Park, and pundits noted the looming demographic time bomb for the Republican Party and openly questioned whether a changing American electorate would render Republicans a minority party for a generation.

Hofeller had a different idea. He worked with the Republican State Leadership Committee on a plan called Redmap – short for the Redistricting Majority Project – which sought to solidify Republican control of state legislatures in key redistricting states ahead of the 2011 census. The RSLC dropped millions in last-minute negative ads on local Democratic legislators who never saw it coming. Then Hofeller and his team provided assistance or drew maps in North Carolina, Ohio, Pennsylvania, Wisconsin and elsewhere that have locked in Republican control all decade, even when Democrats win hundreds of thousands more votes. (The Common Cause documents also suggest that Hofeller and/or other Republicans in North Carolina used race data to redraw maps that a court had already ruled an unconstitutional racial gerrymander, then misled the court about it.)

If Hofeller were here to defend himself, he would say he was simply doing all he could to secure a partisan advantage for his side. But all these smoking-gun documents strip that pretense away. They make clear that a shift to citizen, voting-age population would dilute the votes of Latinos and enhance the power of whites and Republicans. Nevertheless, whether partisanship or race is at the heart of Hofeller’s motivation, the result is the same: Expanding the influence of white voters and Republican voters at the expense of communities of color. And an America that has become increasingly anti-majoritarian, governed by unaccountable legislators from districts carefully drawn to protect them from voters.

Democrats, meanwhile, always seem a step behind. They’re fighting the uphill battle to win back gerrymandered legislatures, and fighting partisan gerrymanders in the courts. Meanwhile, Hofeller and the Republican aim to change the entire paradigm yet again, with this shift to citizen voting-age population.

Hofeller never intended to leave a digital smoking gun. He always cautioned against leaving any digital trail that could later haunt the Republican Party in court. “The e in email,” he lectured, “stands for eternal.” But now that these digital files from the grave have shown the real motivation behind the census question and Republican gerrymanders, it’s more important than ever for the courts to defend democracy - and the crucial notion of one person, one vote - against the pernicious efforts of determined partisans to entrench their own power, no matter the price to our nation’s ideals.